Article This Cute Maternity Photo Shoot is Totally NOT What You Expect! 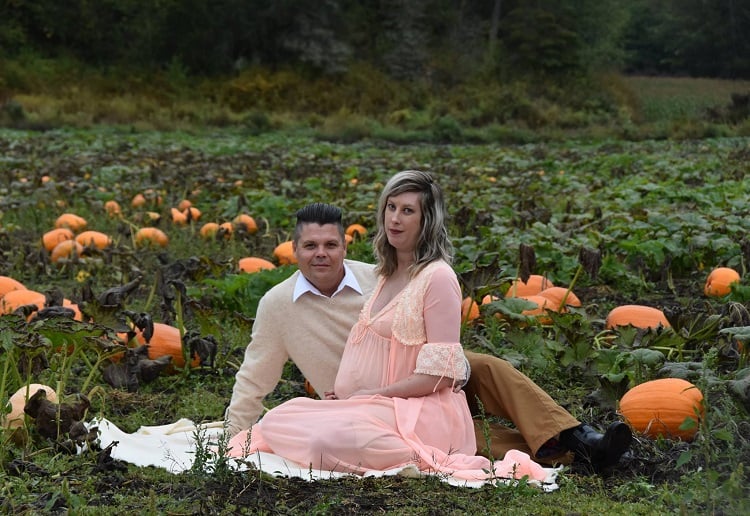 Be warned! Some people may find these images disturbing. We sure did!

An expectant couple recreated one of the most famous movie scenes of all time when the mum-to-be gave birth to an alien in a bizarre Halloween photo shoot.

Todd and Nicole Cameron, from British Columbia, Canada, are big fans of the Halloween season and told how they love an excuse to dress up and have fun.

So when it came to their maternity shoot, the couple decided they wanted an unconventional photo shoot to celebrate their impending arrival.

The quirky couple also wanted to choose a shoot which reflected their dark sense of humor and love of Halloween. 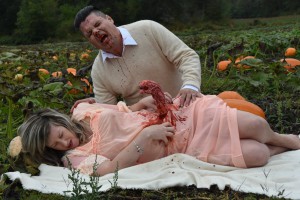 Todd told Bored Panda: ‘I had recently found an Alien’s Chestburster model at a garage sale and after putting it together and painting it, the idea for this shoot came to me.

‘I had an idea for the general story and props needed, including carving the alien pod pumpkin and Nicole took care of finding our ‘out there’ wardrobe. 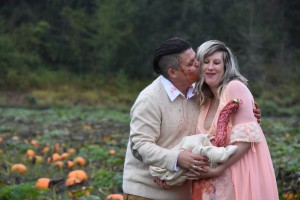 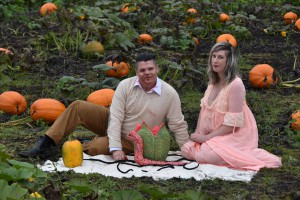 He added: ‘We actually first met at Halloween, we always hand-make elaborate costumes and we go all out on Halloween decorations at our house, so this was really just a fun way to celebrate who we are while passing on a few smiles and laughs in the process.

‘The photo shoot took about an hour and, though chilly and muddy on the pumpkin patch, it was so much fun.

‘We just kept laughing at the absurdity of it and hoping the employees of the farm wouldn’t drive by to see us covered in blood.’