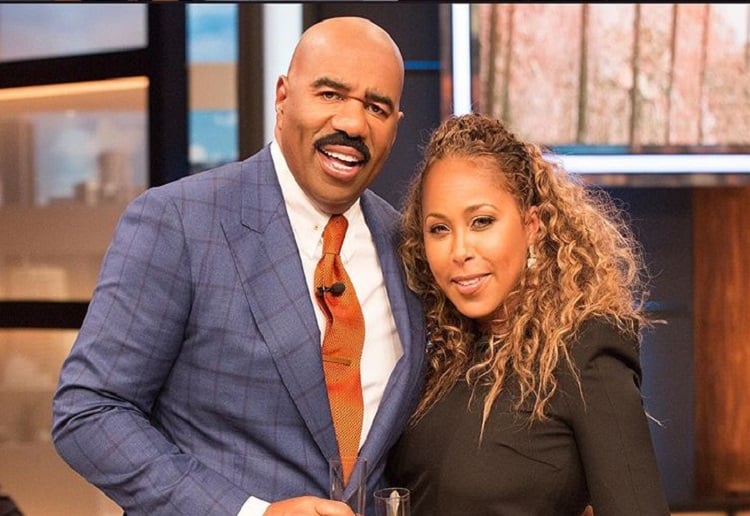 American comedian and television host, Steve Harvey has been accused of sharing an inappropriate video of his grandchildren.

Steve and his wife, Marjorie, are known to flood their Instagram feeds with adorable photos of their family. But it’s the latest video that Marjorie posted of granddaughters Elle, 3, and Rose, 4, that is stirring up some controversy among her followers, shares Yahoo Lifestyle.

On Monday, Marjorie took to her Instagram to post the video, which features the two little girls taking care of their baby dolls by pretending to breastfeed them. When asked what they were doing, Rose responded, “Feeding our babies,” before Elle continued, “from our boobies.”

The video shows the girls mimicking what they’ve likely seen their mothers do when taking care of their younger siblings and cousins. However, many people are responding to the post and saying, “I’m not sure how to feel about this.”

“Not cute” and “Inappropriate. A video for pedophiles,” wrote some critics, while another wrote, “This is why little girls grow up so fast…” Others suggested that the video shouldn’t have been posted on social media but should have remained private to the family.

Those who found the video endearing, however, called it “beautiful” and even mentioned that their little ones have done the same thing. Some even defended it by saying the girls would have been feeding their dolls with bottles had they seen their moms do that, and people wouldn’t have been as negative.

“Breastfeeding is normal and kids imitate what they see,” a follower commented. Another joked, “So sweet! Little do they know what’s to come when they really get there.”

Marjorie eventually responded to the hateful comments on her Instagram Stories, stating that she thought the video was hilarious.

“Cleary some of y’all weren’t breastfed. Maybe that’s the problem,” she said. “Some of y’all need a hug.”