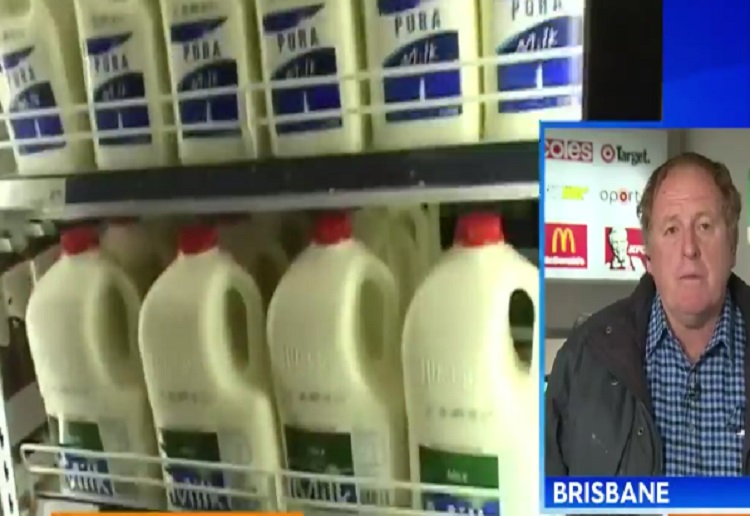 Woolworths has announced a special drought relief milk coming to stores soon PLUS a 10 cents per litre levy. Coles closely followed promising that the extra money will go directly to struggling Aussie farmers.

Woolworths have said it would hike the price of its own brand of 3L milk to $3.30 from today, and that a special range of drought relief milk will hit the shelves next month, shared News.com.au.

Coles has also announced it will follow suit, introducing the exact same levy — 30 extra cents on its 3L milk — from today.

In a statement, Woolworths said it would work with dairy farmers to set up a drought relief committee that would provide independent oversight to ensure the extra 10 cents per litre goes to dairy farmer in drought-affected areas.

Representatives from the diary industry and an independent auditor will sit on the committee to make sure the money is going where it is supposed to.

The milk will be available in Queensland, New South Wales, ACT and Victoria from mid-October “to help provide short-term relief”.

“There’s no doubt many dairy farmers are doing it tough in the face of the drought and we’re keen to support them through this difficult time,” Woolworths Fresh Food Director Paul Harker said.

“Many of our customers have told us they want to help and are willing to pay more for their milk to do so.”

Finally! This is a great decision don’t you think?