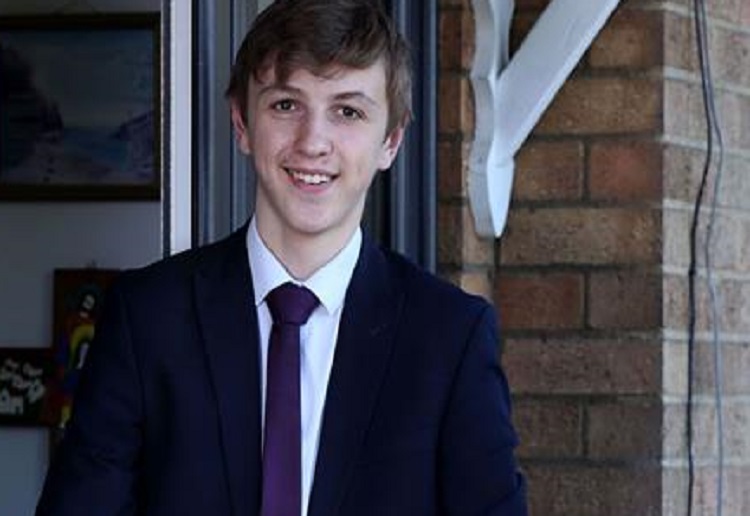 UK school has banned students from bringing bags to lessons after claiming they are injuring younger pupils.

Spalding Grammar School in Lincolnshire told youngsters that they can use bags to bring kit and books from home, but must carry books to classes by hand.

The ban was brought in as an edict claimed ‘injury was being caused to younger students as a result of sixth formers carrying ever-larger bags on their shoulders’, shares Daily Mail.

The new rule states: ‘Bags of any size may be used to bring books and kit to and from school, but bags are not permitted in lessons during the day. Pupils are encouraged to carry books by hand for a maximum of two lessons at a time.’

One of sixth-formers, Hannah Catterall, began a petition online and another A-level student, Jacob Ford, protested the decision by using a microwave to carry his books between classes.

Parents took to social media to slam the rules, which left many youngsters forced to transfer their books from a bag into plastic carrier bags for lessons.

Jacob Ford, 17, recently enacted a silent protest over the ban. The A-level student was suspended for two days after he took his stuff to school in a wicker basket and even a microwave to make a point.

He also outlined his thoughts in a 3,000-word ‘document of defence’ titled: ‘Bags in Sixth Form – My Thoughts and A Potential Solution’ that he gave to headteacher Steven Wilkinson and other members of staff.

In the document, Jacob chronicles the events leading up to the ban and reasons behind it as ‘health and safety’.

He said: ‘The reasons for them changing is for one reason and one reason only which has been hammered into all of our brains over the course of the several assemblies that we’ve had.

‘Health and safety. Or more specifically, the year sevens and one member of staff.

‘These people have been struck in the face or knocked backwards by our bags swinging around in the corridor.

‘Once again, I do not doubt this ever happening. But is the best solution really to outright ban backpacks? Surely a compromise can be made.’

According to Jacob the rule stating that bags are not permitted to be carried into and used during lessons for over 25 years. However, it has never been enforced.

And staff now say rucksacks are a danger. Jacob claims the new bag policy forces students to risk their health and shell out cash.

He said: ‘With most issues money is going to be involved, this case being no exception to that rule. I believe that paying for a new bag which fits the school’s updated regulations is outrageous.

‘Especially this close to the start of the academic year, when many students have recently paid for new rucksacks, not knowing of the rule changes.

‘These bags are effectively part our school uniform and should be purchased once a year at a maximum. So me or my parents having to fork out around £40 for a new bag which fits with the school’s policies is outrageous.’

Additionally he added that the school guidelines indicate carrying books on the back is the safest course.

He adds: ‘The ban of backpacks leads to the question of whether the school is trying to make us have worse ‘physical development’ for suggesting we do not use these types of bags.’

Jacob’s mother Tracy Ford, 48, said: ‘I think Jacob’s protest has been very peaceful and I believe he should have his say.

‘At the end of the day, I believe in freedom of speech and so I’m very proud of him for standing up for something he believes in. Microwave or no microwave.’

The school has declined to comment or provide further details of the uniform policy. Its website outlines a uniform policy for sixth form for both male and female students, but does not mention bags at all.