Days after going into surgery for a routine tonsil and adenoid removal Tiaré contracted an infection that left her with permanent brain damage.

The three year old Sydney girl was diagnosed with acute necrotizing encephalopathy (ANE) which caused extensive damage to much of her brain.

Two years after being diagnosed with a rare neurological brain disease in 2016, the parents of Tiaré Johnston say they still miss the little girl she once was.

After her tonsil operation, Mrs Johnston said Tiaré recovered quickly and even opted to walk herself out of hospital rather than being wheeled out.

The following day, the little girl quickly became ill and developed a fever of 40C.

Her parents rushed her to hospital, but by the time she arrived, Tiaré was unconscious.

Tiaré was in hospital for four-and-a-half months, and came close to dying when her brain swelled and herniated a nerve. 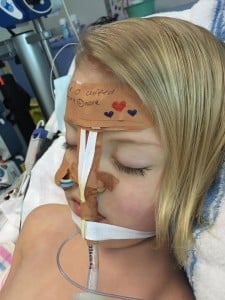 ‘They suggested that we turn her ventilator off,’ Mrs Johnston told Daily Mail Australia.

Tiaré was unable to speak, or use her limbs with purpose.

After two years of rehabilitation, Mr Johnston said that he and his wife are proud of her accomplishments but miss the girl she once was.

‘We are very proud of the accomplishments she has made during this time, but also miss the little girl she once was, the skills she had we all took for granted and the missed milestones that have yet to grace her capacity,’ he said.

‘Tiaré continues to inspire us and build on her capacity.’

Mr Johnston and Tiaré are jetting to Russia in November to undergo therapy with The Portable Neuromodulation Stimulator (PoNS).

Mr and Mrs Johnston, set up a GoFundMe page to raise money to help with the costs of Tiaré’s medical treatment.

Attending 10 therapy sessions a week and completing four hours of therapy at home, Tiaré has made some huge improvements. 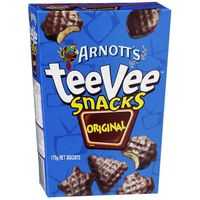