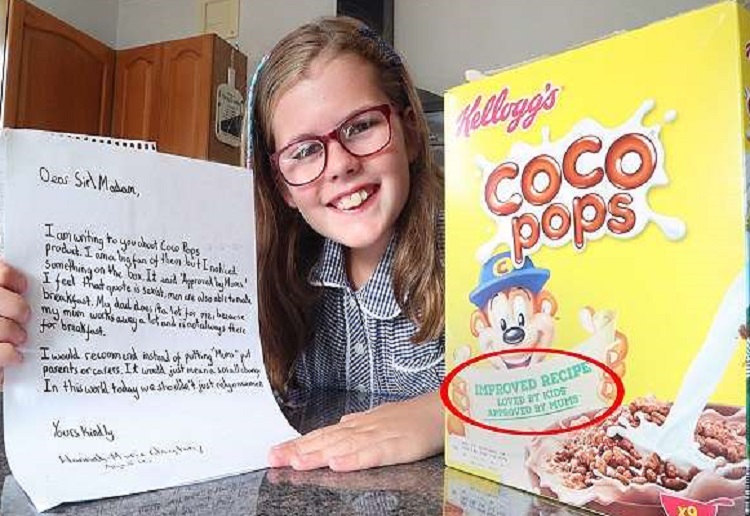 A schoolgirl managed to force Kellogg’s to change the wording of its new advertising campaign after she wrote to complain about it being ‘sexist’.

Hannah-Marie Clayton, 10, did not approve of the new Coco Pops slogan ‘Loved by kids, approved by mums’.

She thought it was unfair because ‘dads can make breakfast too’ and it might be ‘upsetting for people who don’t have a mum’.

So when her parents Anne-Marie, 48 and James, 47, told her to write and complain – that’s exactly what she did, shares Daily Mail.

Her letter to the cereal giant was so convincing that Coco Pops boxes will now read ‘Approved by parents’ and be on the shelves in the near future.

Hannah-Marie, a Year 6 pupil from Bournemouth, Dorset, said: ‘My mum was away so I was just with my dad when I saw it on the cereal box.

‘It made me think that dads should be included as well because they are important too.

‘Also some people don’t have a mum and they might find it upsetting.’

Hannah-Marie spoke to her parents about the slogan and they told her she could write to the company if she wanted.

Her mother looked up the address and left her daughter to write the letter herself.

She wrote: ‘I feel that quote is sexist, men are also able to make breakfast.

‘My dad does it a lot for me because my mum works away a lot and is not always there for breakfast.

‘I would recommend instead of putting ‘mums’, put parents or carers. It would just mean a small change. In this world today we shouldn’t just rely on women.’

She was amazed when she actually received a reply from Kellogg’s.

It said: ‘You recently shared your thoughts around the statement of ‘Approved by Mums’ on our improved recipe Coco Pops.

‘I wanted to let you know that we’ve recently renewed our research and our new pack design will refer to approval from both mums and dads.

‘Apologies for any offence caused and thank you for your feedback, which has played a part in our decision to change.’

A Kellogg’s spokesman said: ‘We have now changed the wording on our new Coco Pops packs to say ‘Approved by Parents’.

‘We agree with Hannah-Marie, dads love to have Coco Pops too.’ 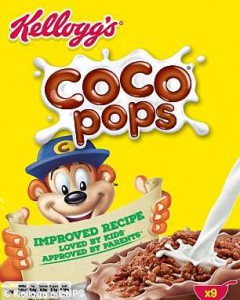 Well done Hannah for speaking out!