Article Do we really care about Harper Beckham’s dummy? 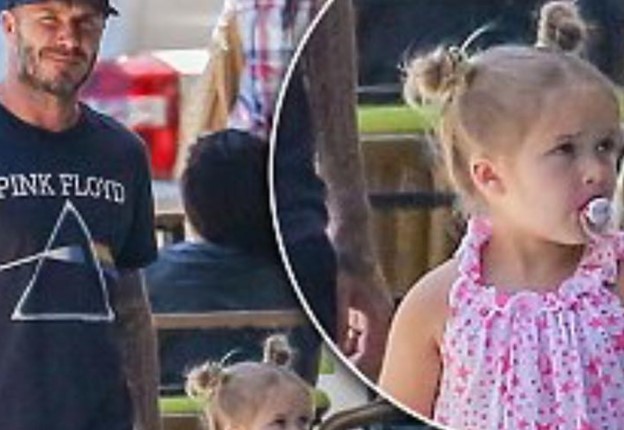 Its here again, the parenting shame game. This time the attack has been on former footballer, David Beckham and his wife Victoria for allowing their 4 year old daughter, Harper Seven, a dummy.

Who wins this game? Absolutely no one, no one can win no matter what they do.

David Beckham has taken to Instagram to defend his recent ‘actions’ which sparked a huge debate between parenting experts as to whether its OK to give a four year old a dummy or not. Some are saying that dummy use at this age could cause speech delays and damage to her teeth – but do they really know that? Do they know how often Harper has a dummy? Do they know if Harper does have a speech delay?

David captioned the image with the following:

“Why do people feel they have the right to criticize a parent about their own children without having any facts ?? Everybody who has children knows that when they aren’t feeling well or have a fever you do what comforts them best and most of the time it’s a pacifier so those who criticize think twice about what you say about other people’s children because actually you have no right to criticize me as a parent …”

How do you feel about this issue? It is none of anyone’s business or do you feel that Harper is too old for a dummy?