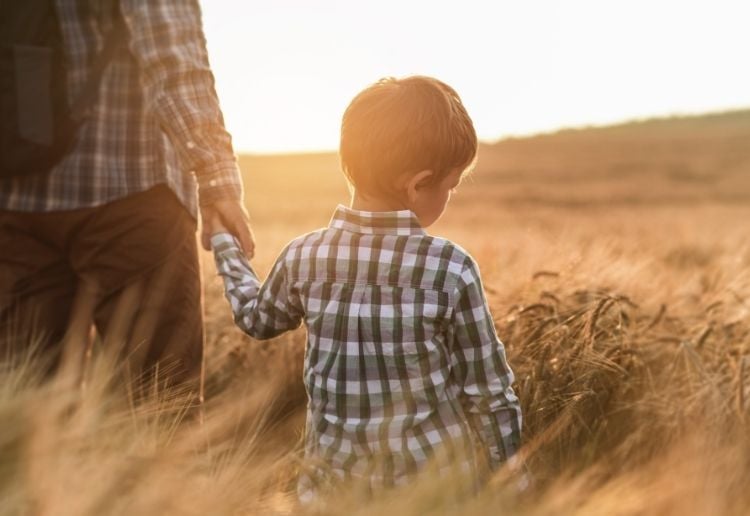 A complicated break-up and a secret child has left one man in a sticky situation years down the track, after he’d well and truly moved on with his life.

The 29-year-old says he was dating Jane a few years ago, until he caught her cheating with his friend and roommate, Ted. It caused them to break up, and the jilted man decided to move back to his home state and never speak to either Jane or Ted again.

He says most of their mutual friends overlooked the tryst, because Jane and Ted were in love and planned on marrying, so he decided it was best to cut off everyone from his former life and move on.

“Fast forward to now and I’m in a much better place with a high-paying salary and just proposed to my girlfriend, Ashley,” he explained on reddit. “Life was going great for me. I’m not a big social media user but I did make a post about my engagement and one of the few friends I kept from my past saw and passed the information along to Jane and Ted. Jane attempted to reach out to me but I blocked her without reading the message because I wanted nothing to do with her. I also told Ashley and she preemptively blocked her too.”

But Jane wouldn’t let up – trying to contact her ex using fake profiles, which prompted him to delete his own accounts. But not before he made it clear to his ex that he wanted nothing to do with her. But Jane didn’t stop.

“In my mind there was no reason for us to communicate for any reason and I just wanted to live my life. Then Jane reached out to my sister Mandy and told her that I had a son. I thought Jane was full of it because it had been six months between me catching her cheating and me moving away before changing my number, and years between then and now. Plenty of time for Jane to realise that she was pregnant and contact me about it, or even come after me for child support.

“I thought she was making up some wild story to get me to talk to her so I got a lawyer to send her an official letter to leave me alone. Then the lawyer came back to me with pictures of a five-year-old boy who bore a resemblance to me. Turns out Jane was pregnant but her and Ted thought the baby was his because they didn’t always use condoms while I did and opted not to say anything. They got married and Ted is the legal father but when they tried to have more kids it turned out that Ted is sterile. Jane and Ted decided to just raise the kid as their own without ever saying a thing because Ted felt like he was less of a man for not being able to reproduce.

“It wasn’t until Jane came across my account and saw how nice my life was that she felt like her son deserved the financial benefits as well. Did a DNA test and I am the father, I agreed that child support was required and told Jane and Ted that I would have my lawyers send over details about payment and visitation. Ted was upset and refused to sign away his rights and doesn’t want me around ‘his son’.

“I promptly told him that if I’m going to pay child support then I’m entitled to all the legal rights that a father is entitled to and that they wouldn’t get a dime from me until then. If they refuse then I’ll just start a savings account for the kid until he’s an adult. Jane and Ted are calling me selfish but since it’s coming from them I’m taking it with grain of salt.”

What do you think he should do? Let us know in the comments below.