Article If I’d Listened To The Doctors, My Baby Would Not Be Alive Today 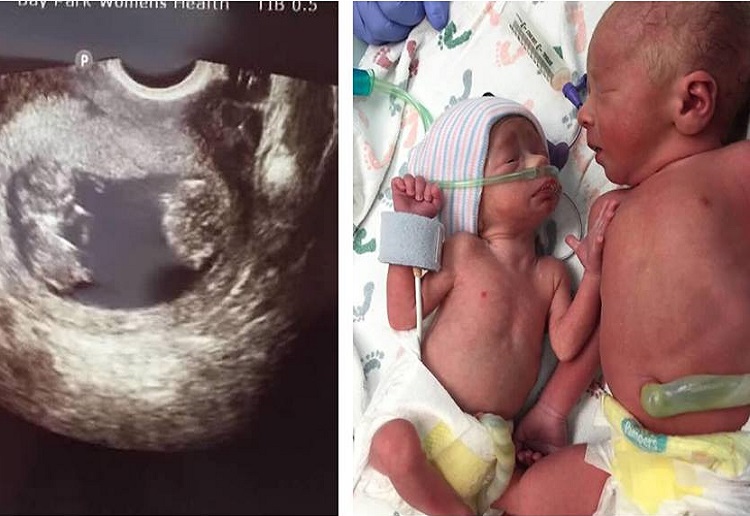 A mum of two year old twins shares her story to help other families going through a similar situation after she was told one twin would never make it.

Jami Marie shared her story on Facebook and has gone viral with nearly 160,000 shares on her post.

She writes, “10 weeks. That’s how far along I was when I found out I was having twins.”

“11 weeks is when I was guaranteed I wouldn’t be having twins.”

Jami continued, “Baby B is not going to make it and you’re putting Baby A in serious jeopardy the longer you wait to terminate.”

“They must have thought I was crazy. I didn’t cry. I didn’t even hardly react other than to very adamantly stick with my gut.

“Appointment after appointment…doctor after doctor….boy did they put the pressure on. Almost as if they would receive some sort of commission. None of that mattered. I was pregnant with 2 LIVING babies. I sure as hell wasn’t going to just cut the chord because it sounded like a good idea.

Difficult to share the joy with friends and family

Jami shared she found it really difficult to talk to people about her twins.

“Now don’t get me wrong. It was pure torture. I was basically waiting for my baby to die. No one knew. People just knew that I was pregnant with twins but talking about it was hell.”

“When someone would bring up what my future was going to look like, it was all I could do to not crumble because what they didn’t know was that one and maybe even both of my babies were going to die. After all, the Drs assured me this. More than once.

“But then. Day by day…week by week we made it to THIRTY-FOUR weeks. And the scariest day of my life arrived.

“I delivered two of the most beautiful, perfect babies I’ve ever laid my eyes on.

“Baby A tipping the scales at 4lbs 15oz and Baby B – the baby who “will never ever make it”…the baby in utero with 0% chance of survival – defeated all odds and proved a strength I wouldn’t believe if I didn’t see with my own eyes, blessed this world at 2lbs 9oz and not only never needed a ventilator, but ONLY needed oxygen and a feeding tube.

To think of how different my life could have been had I listened to any single one of those doctors.

“To think the day I delivered them I could have STILL made a different choice?! I can’t understand. And I don’t want to.” 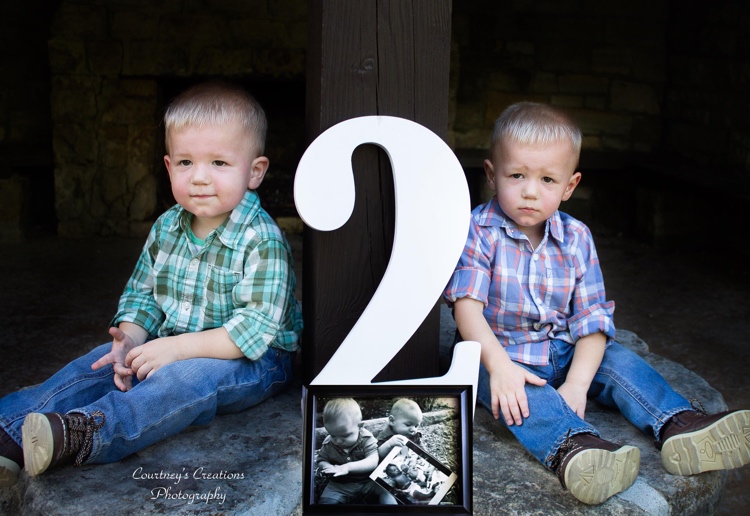 If you’re carrying more than one baby, your risk of having a miscarriage is higher than with a single pregnancy, particularly if your babies are identical.

It’s impossible to say exactly how much higher this risk is, as many early miscarriages are never identified.

As with any pregnancy, most miscarriages in multiple pregnancies happen in the first 12 weeks. Sometimes only one baby is lost.

Premature labour can also be an issue with about half of all women expecting twins give birth before 37 weeks.

Pregnancy-induced high blood pressure (gestational hypertension) occurs in 25 per cent of multiple pregnancies, compared to five to six per cent of pregnancies in the general population.

Pre-eclampsia often develops in about seven per cent of pregnancies in the general population, and is almost three times as likely to occur if you’re carrying twins. The condition also tends to develop earlier and be more severe in women carrying twins or more.

Low birth weight is also common because they have to share nutrients and living space, newborn twins tend to be smaller than single babies. Even full-term twins often weigh less than 5-1/2 pounds each, making them vulnerable to a variety of health problems.

Read more on the topic:

Mum seeks advice after doctor told her to abort her baby