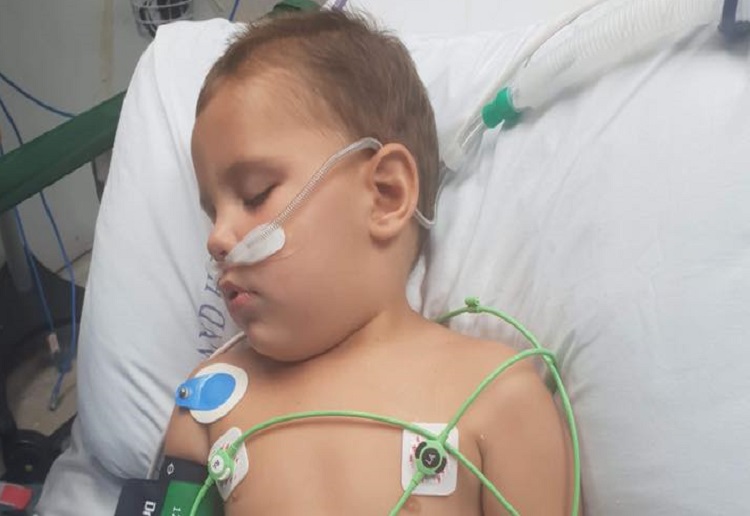 QLD Mum, Shae Marr, wrote on Facebook warning parents to TAKE INFLATABLES OUT OF THE POOL WHEN KIDS ARE SWIMMING!!

Shae wrote, “Yesterday was the worst day of my life as I took my 3 year old son to hospital in an ambulance after drowning in a backyard pool.

“He was swimming, he had just recently learnt to swim without a vest and was having a great time.

“Then one of those inflatable lounges went over him and he wasn’t strong enough to be able to keep himself up. He was only under for a second or 2 but must have gone under when he had no air in his lungs and took a breath under water. 1 second was all it took.

“Fabian was in the water and saw him, got to him and pulled him out of the water. He vomited some water and within seconds lost consciousness and started frothing at the mouth.

“His lungs were full of water, he couldn’t breathe and went completely purple. Fabian did CPR and saved his life just in time with the help of his dad, Mick. He opened his eyes but was lethargic and struggling to remain conscious.

“The lack of oxygen caused metabolic acidosis, his lungs still had water in them, he was on high flow oxygen and he started getting a temperature.

“They were preparing to fly him to Brisbane but he thankfully started improving. His oxygen saturation levels were rising and stabilising and his acidosis was improving.

“They decided the improvement allowed him to go to Rockhampton hospital instead. Their biggest worry then was secondary drowning and pneumonia.

“By some miracle he woke this morning 100% himself and the doctors were happy for him to go home.

“It took a second, under supervision, for me to almost lose my son.

“I never thought it would happen to me, no one ever does.

“I’m one of the lucky ones but not everyone is so lucky. I owe everything to Fabian and Mick for saving Costa’s life.

“I am hoping this will stick with at least one person and save a life so feel free to share.”

Her post has been shared over 1000 times and received hundreds of comments from concerned parents.

Last year we shared a Warning over the dangers of air lounges following two separate viral posts of near drownings. Read more HERE.