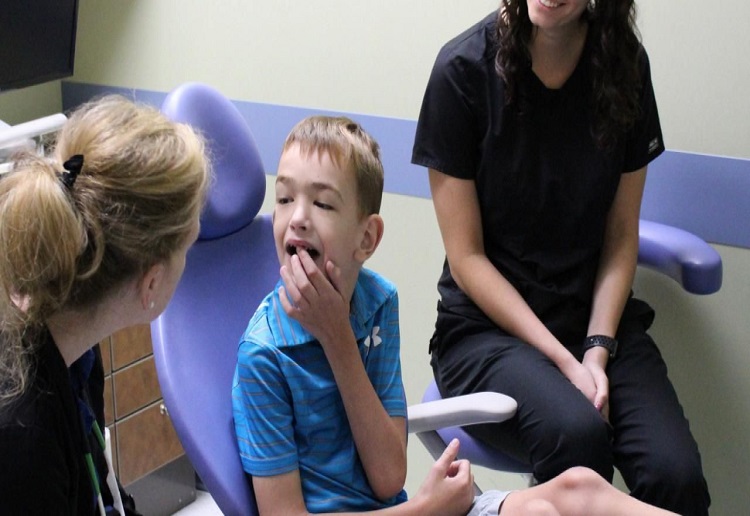 A five-year-old boy, thought to be “non-verbal”, began speaking hours after a dentist discovered the simple solution other doctor’s had missed.

The young boy had not uttered a word until the dentist discovered his “tongue tie”.

Mason Motz was diagnosed at birth with Sotos syndrome, which causes overgrowth in childhood, a distinctive facial appearance and cognitive learning disabilities, so doctors thought his inability to communicate was related to the condition, shares Yahoo 7.

“He’s been in speech therapy since he was a little over one year old,” his mother Meredith Motz told Inside Edition.

“Sleeping was always stressful. He would stop breathing.”

“He had trouble eating and swallowing; every single meal we would have to remove something that was choking him. He didn’t get the nutrition he needed. His teeth started having problems.”

Dr Amy Luedemann-Lazar saw the boy in early November last year when he came in for some fillings.

“Mason was not non-verbal; he was just unable to speak,” Dr Luedemann-Lazar told Inside Edition.

“He had been in speech therapy for years and no one had ever checked under his tongue.”

A simple procedure to detach Mason’s tongue from the floor of his mouth gave the little boy the ability to speak as soon as the sedatives wore off.

“Within 12 hours, he was talking and it was amazing,” his mother said.

When he uttered his first phrase: “Mama, I’m hungry,” his parents’ couldn’t believe their ears.

“We wanted to jump up and down and give him cake and everything like that because we were so proud of him in that moment,” the boy’s dad Dalan said.