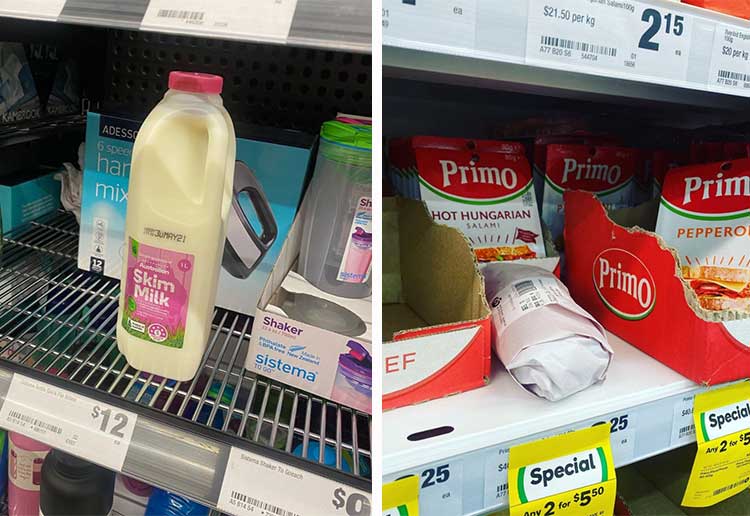 A Woolworths’ employee has called on shoppers to stop doing something we’re probably all guilty of, saying it’s ‘disgusting’. And it’s prompted an avalanche of responses from retail workers confessing the most disturbing things they’ve had to deal with at work.

The reddit user, who works in replenishment in a Melbourne Woolies, has asked that customers stop leaving unwanted items on random shelves, rather than putting them back where they belong.

“Dear Melbourners please stop doing this I work in replenishment at woolies it is disgusting,” they wrote. The uploaded image showed a juice, which needs to be refrigerated, discarded in the baby aisle. 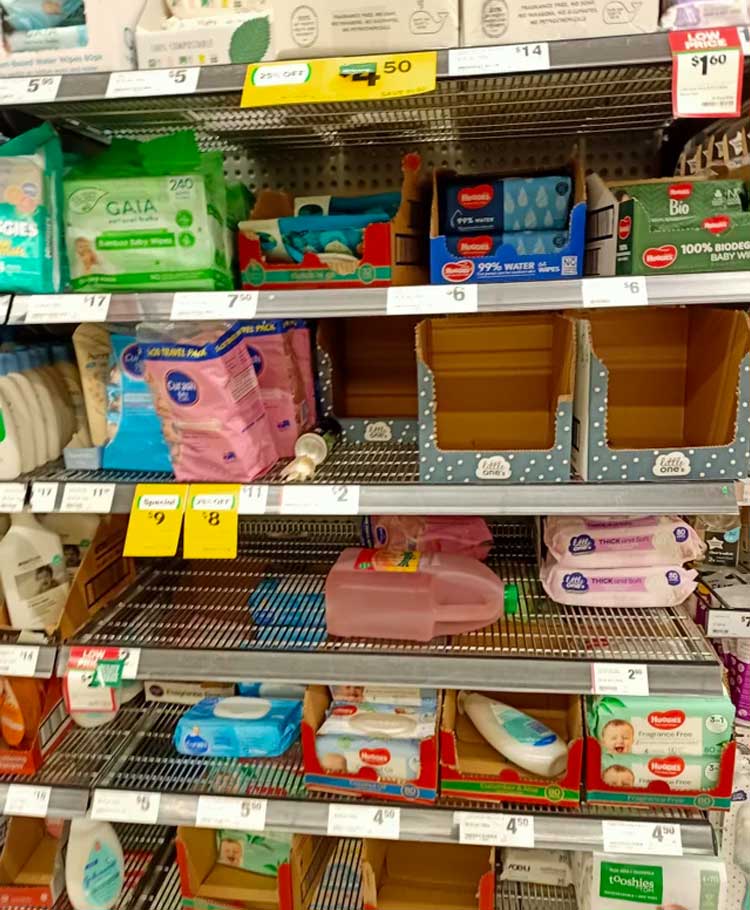 The post attracted more stories from supermarket employees, detailing the filthy habits of some shoppers.

Here’s a selection of some of the most disturbing things retail workers have found and seen:

“I did replen for several years at Bunnings. I have faced up my fair share of half eaten snags dumped on shelves.”

“I used to work at Kmart many years ago in the early 2000’s. We found actual human s**t out on the shop floor on three separate occasions that I can think of. One of which was adult-sized turds on the ground in the middle of the footwear department. Don’t ask me how the hell that happened. It was also a common occurrence to find open packs of nappies in the baby section – people would steal a nappy to put on their baby and they’d change the baby right there on the floor, leaving the dirty (often s**t-filled) nappy either on the floor or even worse, they’d hide it amongst the clothes or merchandise. Another thing that happened constantly was people would swap the underwear they were wearing for a ‘free’ new set, leaving the tags and their old grimy undies and bras in the fitting rooms for us to find.”

“One time at the supermarket I heard a ‘pop’. Looked over and someone had opened a jar of jam, gave it a sniff, held it under his friend’s nose for a sniff, put his finger in it for a taste, mustn’t have liked it because he then put the lid back on and put the jar back on the shelf.”

“My first year working at a department store, some kid had the runs, and instead of going to the bathroom in store, his mum dragged him around while she did her shopping. Our first hint was when it started pooling at the register when she paid, we tracked her progress through the store by the brown drips.”

“When I worked in Woolies about 15 years ago, one time we even found diarrhoea under a shelf. No idea how someone managed to have the ability to position themselves to be able to do that.”

“Worked at Coles while I was at Uni. Found both a used nappy and a used pregnancy test on shelves. Both big nopes on a supermarket wage.”

“Oh boy do I have story’s for y’all! Eight years Coles experience worth of ‘em. Highlights include:

Are you guilty of dumping unwanted items on random shelves? Or have you ever found something where it shouldn’t be in the supermarket? Let us know in the comments below.