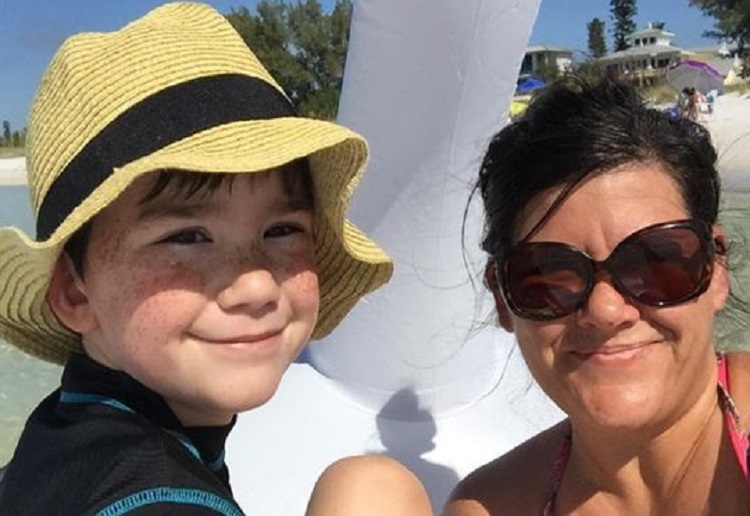 A U.S. mother and her son decided to go for a float in their new inflatable swan. But their fun day out quickly turned into a nightmare adventure.

Tara Myers and her son Brennan had taken the beach toy to Anna Maria island and thought the conditions were perfect with no wind and no waves.

But things quickly changed and at one point she thought she and her son could die.

“I have never been more scared in my entire life,” she told WFLA.

At first everything was going well, but Tara soon realized they were in trouble and they had drifted a long way from the beach.

She knew she had to do something fast and tried to swim against the current, using her legs to kick and push the swan into a new direction but it didn’t work.

Tara explained it was exhausting and her efforts were barely doing anything to help them.

Thankfully people on the beach did see how far they had drifted and called emergency services.

When Tara saw help coming she couldn’t hold back the tears.

“I literally just laid down on that swan float and cried. So hard because this could have ended so much worse, and I didn’t want him to know that I was that scared,” Tara said.

When they finally made it back onto dry land they burst a hole in the swan, deflated it and threw it into a dumpster.

Tara admitted they won’t be taking a giant inflatable out in open water again and wants her story to be a warning to other parents thinking of doing the same thing once summer picks up.

Authorities have previously warned against these toys.

They might be fun, but they are very dangerous!

Lifeguards say they should never be used as a beach toy and are urging people to leave them for the pool.

Safety first. Leave them at home on your next beach trip.

We recently shared a Mother’s urgent warning after her son nearly drowned using an inflatable pool lounge. Read more on that here.