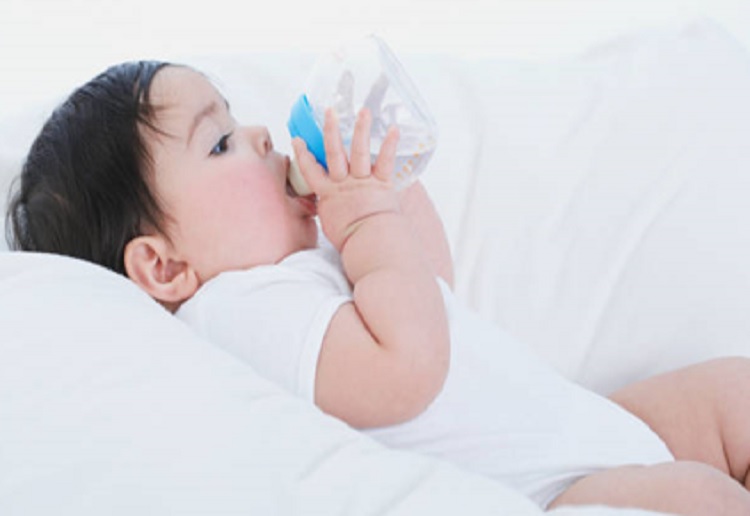 A coroner has warned parents about “propping up” babies and leaving them unsupervised with bottles of milk.

The warning comes after a four-month-old died when he was left to feed alone in his car seat.

Baby Alex Masters, from Lincolnshire, England, died from choking on milk while his babysitter fell asleep on the couch in her apartment, 15, reports Yahoo!7.

Claire Sawyer called an ambulance when she woke up, but baby Alex could not be revived.

An inquest was told Miss Sawyer placed the infant in his car seat, propped up with a blanket, and left him with a bottle, as she napped nearby, BBC reported.

Miss Sawyer was reportedly arrested on suspicion of murder but was never charged due to a lack of evidence.

The inquest heard Miss Sawyer told Alex’s mother Chloe Masters, 18, she fell asleep after giving the baby a bottle of milk, but told a nurse “she had killed a baby” after putting him in his car seat with a propped bottle of milk.

Coroner Stuart Fisher said although it was not illegal, babies feeding from bottles should be supervised.

“I would whole-heartedly recommend that babies should not be fed while the drinking bottle is propped.
“It’s essential that whenever a baby is being fed, that it is supervised.”

Coroner Fisher said Miss Sawyers was an “unreliable witness” and concluded she had left Alex to feed in that position.

A post-mortem found the baby had inhaled milk into his lungs, and presented two leg fractures that police deemed non-accidental.

However they were unable to determine how the baby received the injuries due to the number of people who looked after him in the days before his death.

The baby’s mother told the court she would never have allowed Alex to stay with Miss Sawyer if she had known he was sleeping in a car seat.

A few years ago a grieving family called for strict guidelines on infants sleeping in car seats after the loss of their infant son. Read more!

When using a car seat or carrier, babies must always be supervised or else they can change positions and block their tiny airways. A good rule of thumb for parents to follow is to never, under any circumstances, use a car seat for anything other than its intended purpose, which is to keep baby safe in the car.

Read more: The car seat dangers for tiny infants you need to know about