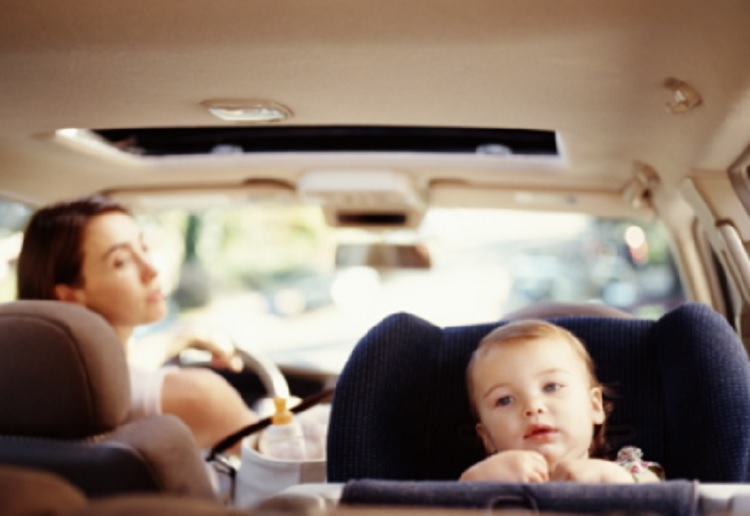 Research warns that infants under four weeks shouldn’t travel in car seats for more than 30 minutes.

Last year we shared a study conducted in the UK at Swindon’s Great Western Hospital revealed that putting babies in an upright position in a car seat may cause breathing difficulties.

The study showed a significant drop in oxygen levels due to the position of the infant in the car seat.

Most car seats are designed to fit a baby who is over three months old.

Professor Peter Fleming says newborn babies could be at risk of suffocating when taken on long car journeys.

The research also concluded  “Taking regular breaks when driving long distances is also recommended. As well as giving a baby a chance to move out of their car seat, it will also help keep the driver alert and reduce the risk of accidents.”

‘Ideally, a second adult should travel in the back of the car with the baby and a mirror should be used so the driver can keep an eye on the baby at all times.

‘If a baby changes its position and slumps forward, then parents should immediately stop and take the baby out of the car seat.

A recent study, carried out by Great Western Hospitals NHS Foundation showed that the upright position of rear-facing seats, along with the movement of the car, could cause breathing difficulties for an infant.

Researchers analysed the heart rate, breathing rate and oxygen saturation of 40 babies – aged under two months – lying in car seats at a 40° angle in a vehicle simulator that mimicked the vibrations of a moving car.

This was compared to information collected from the babies when they were resting flat in a cot.

The results revealed that all the babies showed ‘significant signs of potentially adverse cardiorespiratory effects,’ when in the upright position in a car seat.

Professor Peter Fleming, from the University of Bristol’s School of Social and Community Medicine, said:

‘Placing an infant at the more upright 40° position, along with the vibration experienced in a car, leads to significantly increased heart and respiratory rates, and decreased oxygen saturation.’

‘If possible parents should avoid any long trips.’

‘Car seats should never be used as an alternative to a cot or a crib. Newborns aren’t very good at remaining in an upright position for extended periods.’

A US couple called for strict guidelines on infants sleeping in car seats after loss of infant son at day care. Read their heartbreaking story HERE.

Did you avoid long trips with your newborn?