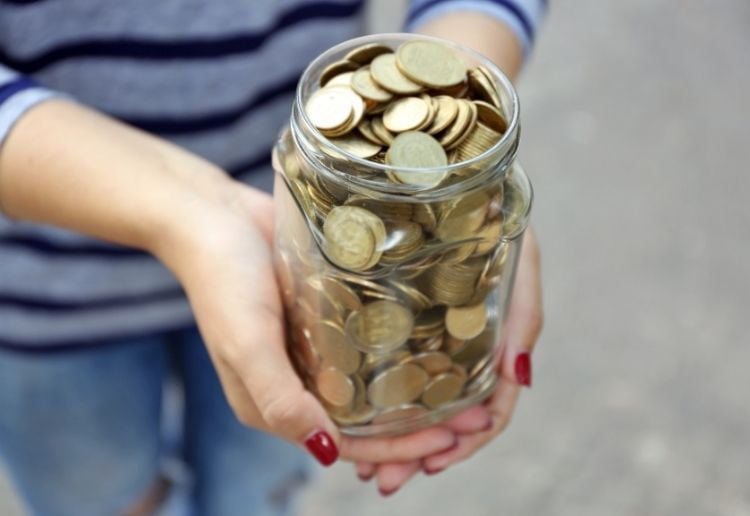 A fed-up woman has come up with a crafty way to stop people asking when she and her husband are having a baby. But her controversial ‘pregnancy jar’ has started causing issues of its own.

The woman, who has been married for six years, says while she and her husband want children, it just hasn’t happened for them yet. While the situation is stressful enough, the constant questioning from family and friends has only piled on the pressure.

“It’s obviously something we can’t control,” she explained on reddit. “We only wished that they’d stop but to no avail.”

So she came up with a way to put an end to the constant baby questions.

“So what I did was come up with idea (stupid I know) and that is have an empty jar and call it ‘Pregnancy Jar’. I carry it with me in my bag whenever I’m with friends and family and every time someone asks about when my husband and I are gonna have a baby, I pull my Jar out and ask them to drop a dollar in there for asking.

“I’d get puzzled looks but they reach out for their pockets/wallets/purses and pull out a dollar and put it inside the jar. It actually worked because most of them stopped asking after four months.”

‘They say I’m being childish’

But just recently the Pregnancy Jar made an appearance at a family dinner, and it did not go down well.

“Last week we had dinner at my parents house, My brother came back from his business trip that lasted a month and while we were eating he asked when me and my husband were going to have a kid. My husband paused, I got up from the chair and made my way to where my brother was sitting with my jar in my hand and asked him to drop a dollar for the question he asked. He stared at me then laughed nervously asking if I was being serious.

“Everyone was looking at us. He said no, he didn’t have to pay me but I told him he didn’t have to ask either so here we are! I could tell he felt embarrassed he immediately reached out to his pocket, pulled out his wallet and put a dollar in my jar. I made my way back to my seat and sat down and resumed eating like nothing happened.

“It got awkward afterward. Mum pulled me into the kitchen later to tell me that I embarrassed my brother in front of his wife and family and said I should quit acting childish by running around with a jar demanding others to put money in it. I told her they should quit asking then. She went on about how they’re just worried for us since we are in mid 30s and don’t have much time left if we want at least one healthy baby.

“I got upset and she started arguing. My husband and I left and we haven’t seen them in days, except I got a call from my sister basically siding with mum and the others saying I’m being childish.”

Now the woman wants to know if she’s in the wrong? Let us know what you think in the comments below.