Article Apparently, Bluey’s Dad Is A Bully With A Dark Side 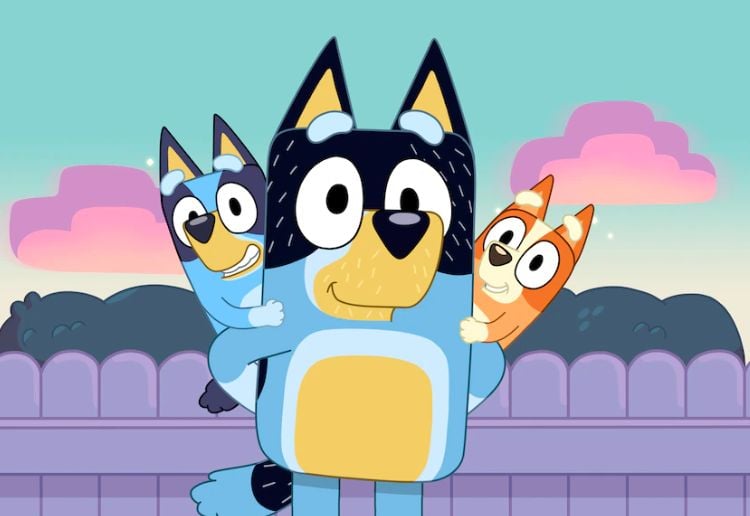 He’s the lovable dad of Australia’s adored blue heeler pup Bluey, but there are claims that Bandit is actually a bully with a much darker side.

An article, which has levelled claims of bullying at Bandit, has been lambasted by Bluey fans for painting a less than favourable picture of the nation’s favourite cartoon dad. In a piece penned for The Conversation David Burton and Kate Cantrell, both lecturers at the University of Southern Queensland, ask if Bandit is a lovable larrikan ‘or just a bad dad?’

The article leads off with the line ‘Bandit Heeler is a hero’, and details everything there is to love about the character. From balancing ‘the drudgery of housework with the creative escapades of his daughters’ to ‘repurposing everyday objects and actions for imaginative play and engagement’.

But the writers claim Bandit has a ‘darker side’. And it’s intertwined with the simplistic stereotype of the Australian larrikin: “The likeable roguish male stuck between childhood and adulthood whose disrespect of authority and rough-and-ready masculinity reflects Australia’s emotional attachment to the working-class underdog,” they explain.

The article delves into the undertones of larrikinism, with its history ‘firmly rooted in Australia’s colonial literature’. 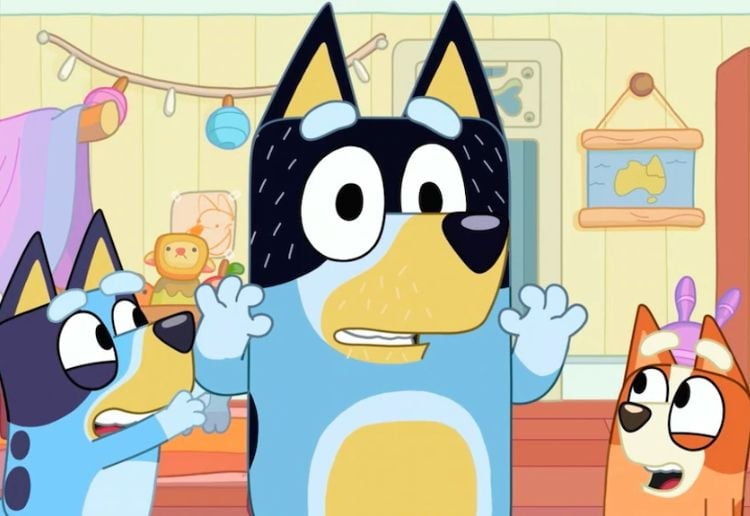 The writers describe Bandit as ‘the underdog who knocks authority, mocks pomposity, and regularly breaks the rules to get what he wants – even resorting to cheating when he can’t outsmart or outpace his children’.

The article even gives examples of Bandit’s larrikin behaviour – holding Bluey back from the finish line so he can win an obstacle course.

“Even Bandit’s name conjures up the small-time crimes of bushrangers, Australia’s revered outlaws who also achieved a type of perverse folk hero status,” the article explains.

There are even examples of Bandit’s bullying:

“Occasionally, however, we catch a glimpse of Bandit’s darker side, with his playful teasing of his young daughters sometimes devolving into bullying.

“In one episode, Bandit agrees to open Bingo’s ice block before repeatedly licking her frozen sweet in front of her. Afterwards, Bandit apologises to his daughter for being ‘a bit mean’.”

The article has attracted the ire of parents who have defended Bandit’s character.

“I’m sorry, this author has totally missed the brief. The most charming part of the show is the interactions between parent and child. Could not disagree more,” wrote one fan.

“Rubbish,” added another Bluey fan. “The writer clearly hasn’t watched enough episodes of Bluey. There’s considerable nuance to his character, and in general he’s pretty self-deprecating about his ‘larrikin’ character. I’ve had a lot of episodes to analyse this (many repeated). Overall, an insufficient analysis of the text and character in question. B- for this assignment, oops, ‘article’.”

What are your thoughts on the character of Bandit? Let us know in the comments below.