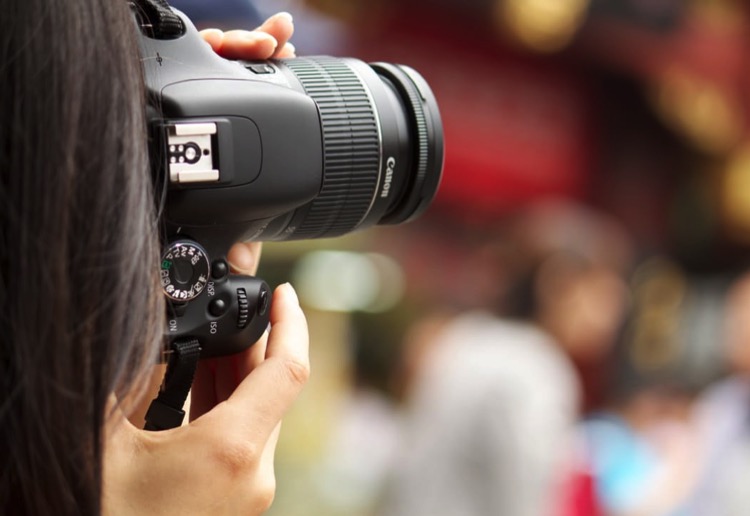 The horrifying moment these mums realised their children’s photo’s had been stolen and shared on other social media profiles.

One Mum shared when her daughter was just two years old, she was stalked by a stranger who collected all the happy family snapshots Nicola had posted online — and re-posted them on more than ten fake social media accounts, interspersed with shots of a pornographic model of the same name, wrote Daily Mail.

Nicola, 33, from Bromley, Kent, says: ‘I used to post sweet snaps of Lucy in a new dress or playing with her toys on my Twitter feed, which only had about 200 followers, including lots of friends and family.

‘Then one day I got a notification that a complete stranger was re-tweeting my photos. When I looked, this person’s feed was full of them. I couldn’t tell who it was as the profile picture was a cartoon character, the location was given as Canada, and they used weird, made-up names.

‘When I sent a message asking why this person was using my child’s image in such a disturbing way, they never replied.’

Panicked, Nicola, blocked the account only to find more kept popping up over the next month, on both Twitter and Facebook, with some using her child as the header picture — until eventually she had to call in the police.

Nicola says: ‘You think: “There are billions of pictures of kids out there, why would anyone take an unhealthy interest in mine?” But then it happens to you. It was terrifying. I felt like I was being watched constantly.’

Another Mum-of-two Gemma Hawkins, was shocked to discover how her eight-year-old son’s pictures were being used without her knowledge.

Gemma says: ‘I always thought I was careful. I posted pictures on Instagram, but I kept my settings private. But then in January, I got a friend request from a modelling promotion page and I accepted. Now I feel I was naive, but at the time I thought it was harmless.

‘Not once did I send them any pictures of my son or give them permission to use his pictures.

‘But within a few days, I started getting over 100 friend requests a day from men I didn’t know. When I clicked on the profile pictures, there were no faces, but images of child pornography.

‘Then I saw pictures of my son on the modelling promotion account. From my feed, and without my permission, they’d taken a picture of him playing on a rope swing and also messing about with some paint, so he’d had to take his shirt off.

‘There were comments like “Handsome Lad” and “Good looking boy”. I felt sick.

‘I messaged the account to ask them to take the pictures down and they ignored me.

‘It really opened my eyes to how easily photos of children can be stolen and misused.’

In another horrifying case, Alexandra Neil, 32, from South-West London, is another mother-of-two who was shocked to discover more than 30 photos of her children stolen from her Instagram account.

‘Two weeks ago, I had a private message from one of my followers saying she’d seen some pictures of my children posted on another page, under another woman’s name, pretending they were hers.’

While they had used the children’s real names, the captions were different and the woman was saying how she looked forward to seeing them.

Alexandra said: ‘The page had been set up a few weeks earlier and already had nearly 400 followers.

‘It was extremely scary, especially as the profile was fake. There was no evidence this woman existed in real life. I told them to stop, but I never heard back and eventually Instagram took the account down last week. It made me stop wanting to put my life and family out there.’

We have previously shared how A UK mum claimed Facebook scammers used pictures of her son’s chickenpox, pretending he has cancer. Read more on that here.

We also shared the story from another mum who was outraged after Facebook trolls stole a picture of her disabled son to use for their own advantage. Read her story here.

There was also the Woman who stole baby photo’s from Instagram and posted them as her own claiming they were sick or dead in a bid to get money. Read here.

Prevention is the key

Never include children’s first or last names and other identifying information, such as street address, school or other details that could make it easier for predators to locate children. It is best to turn off location finder when sharing private info.

Leonie Smith, the Cyber Safety Lady, says photo stealing is still a very real threat. She has people contacting her regularly to tell her that they have, by chance, come across their photos being used on other sites. And that’s just the people who have actually found them.

“Stolen photos is a massive operation, and one of the reasons is because of fake accounts,” she says. “So Twitter, Instagram are absolutely loaded with fake accounts and for every fake account they need a fake photo. So where do they get them from? People’s profiles.”

Leonie gives these tips on being safe with your private photos of your children:

Do you worry about your images getting stolen online?
Share your comments below.