Article What’s in a Name? 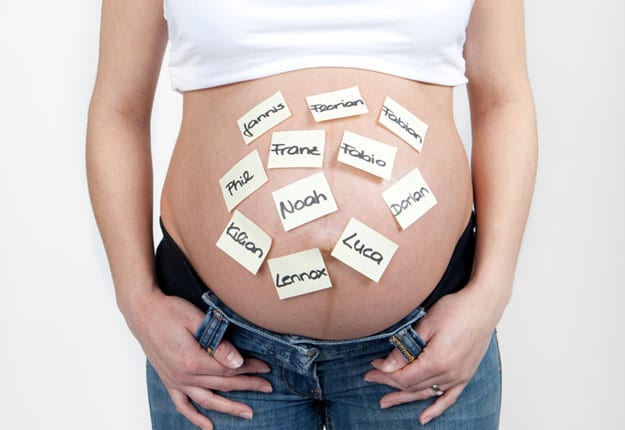 I had relatively stress free pregnancies with both my children, I felt like I was quite relaxed most of the time, and in control.

Though the one thing that concerned me and the question I kept asking was: “What are we going to name this baby?”

I worried over it, as it was an important decision, this child would have to live with this name for the rest of their lives.  Or until they are old enough to change their name via Deed Poll!

I had numerous apps on my iPhone, I bookmarked a number of pages on the Internet, I even read copious amounts of books!  And I was still confused!

I had a long list for Miss Z which my husband culled 75% of, no rhyme nor reason, just erased names he “just didn’t like”.  We ended up with three names going in to the delivery suite, the first two were my favourites the third was hubby’s.

I am pushing so I am choosing!!

In the end we went with hubby’s choice.

When Miss Z entered the world, she looked like a Zara to me, dark hair and eyes.

Until I could actually see my daughter I didn’t feel I could name her. I had known this baby for 9 months, could feel her movements, had seen ultrasound images, but I had not seen this little person face to face yet.

However I was in charge of making this decision on her behalf.

My son was easier to name as we set no expectations, we threw a few names around, but we both knew we loved the name Max! Done and dusted…

However, when my mum was pregnant with me my parents decided I was to be named Tracy.  That was it, set in stone, easy decision, they liked the name.

Two weeks before I was born, cyclone Tracy hit Darwin.  Due to the disaster that occurred Mum didn’t think it was a good idea anymore and named me Jodi!

There are so many things to take in to consideration it is no wonder it can be an ordeal:

Is there a family name you HAVE to use in some form?

Do you want something ‘quirky’?

Are you after a ‘different’ spelling of a seemingly normal name?

Are you going to happy if the name you have chosen has been the most popular name in Australia for the past 3 years?

My only advice is  be careful of initials, you could just imagine little Miss ‘Mason’ going to school, she has the middle name of ‘Ursula’ as a family tradition, and her first name is ‘Belinda’!

How did you choose your child’s name?

Are you into old-fashioned names or do you prefer something a little out there like “La-A” (pronounced Ladasha.)