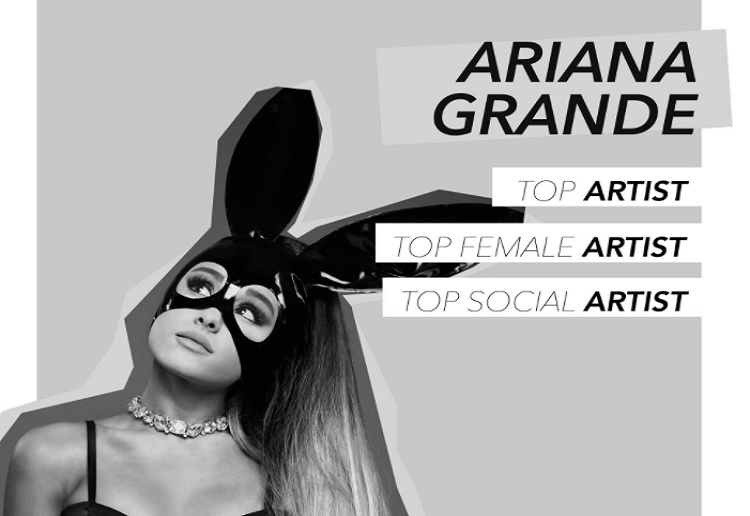 Singer, Ariana Grande said she’s ‘broken’ in a tweet after 22 people died and 59 were injured amid a suspected terrorist attack at her Monday evening concert at the Manchester Arena.

According to TMZ, she is “devastated” that young people who came to her concert to have a good time – are now “lying dead and injured” in the arena.

Her manager Scooter Braun said, ‘Our hearts are broken’ as they mourned ‘the lives of children and loved ones taken by this cowardly act,’ thanking authorities in Manchester for their rapid response to the disastrous occurrence. He added: ‘We ask all of you to hold the victims, their families, and all those affected in your hearts and prayers.’

broken.
from the bottom of my heart, i am so so sorry. i don’t have words.

Concertgoers who witnessed the carnage told the Press Association in Britain that at about 10:35 p.m., a pair of loud explosions were heard in the building.

Majid Khan, 22, said that ‘a huge bomb-like bang went off that hugely panicked everyone, and we were all trying to flee the arena.

‘ The incident was suspected as a suicide bombing, two U.S. officials told Reuters. A counter-terrorism official, speaking on condition of anonymity, said that ‘in the absence of conclusive evidence, the choice of venue, the timing and the mode of attack all suggest this was’ terrorism-related.

‘This incident, this attack, is especially vile, especially criminal, especially horrific because it appears to have been deliberately directed at teenagers,’ Australia Prime Minister Malcolm Turnbull said.

‘This is an attack on innocents. Surely there is no crime more reprehensible than the murder of children. This is a direct and brutal attack on young people everywhere, on freedom everywhere.’

Statement below from the Greater Manchester Police earlier today.

How to speak to your kids about the terrible tragedy

Hit 100.9 have shared some great advice from, child psychologist Sally-Anne McCormack, on how to speak to your kids about the Ariana Grande tragedy.

Sally-Anne firstly stated, “I think that we really need to start with what they already know. They would have heard it on the grapevine or have read it on social media, so find out what they know to start with. Let them know that you are available to talk to them about however they’re feeling.”

Sally-Anne also advised families,” I would actually suggest to avoid the news broadcasts on television because you get a visual and that visual of situations is actually what they can keep replaying in their heads. If you give them the facts and the information that they need to know then you’re informing them, probably reassuring them and you’re not giving them any kind of trauma where they see it and perhaps feel it”

She added, “When it’s in your lounge room, it sort of feels like it’s happening to you or around you so for the younger ones in particular, you should avoid the television news broadcasts.”

It is very important that we don’t avoid the discussion.  Find Sally-Anne’s full advice below or click HERE.

Our thoughts and prayers are with all involved. Such a horrible tragedy they will never forget.