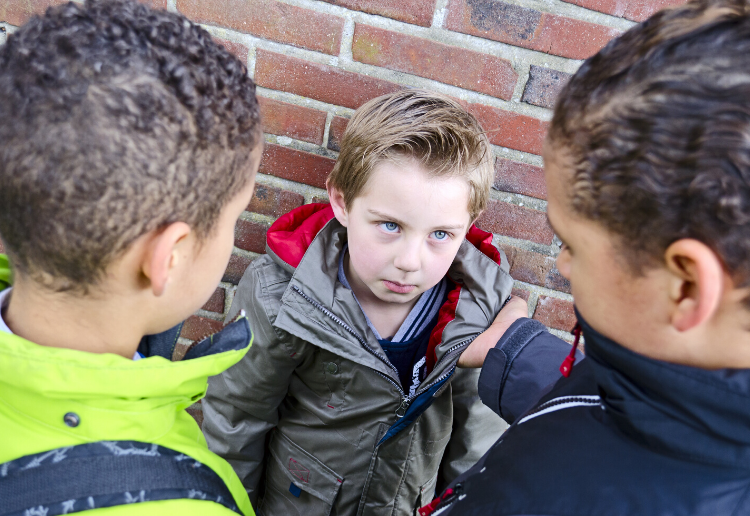 What consequences do I face if I decide to send a letter to my child’s bully- or even his parents? Are there any?

I am beyond tired of this aggression being dealt out to any and every child that crosses this bully’s path.

There is always two sides to every story though- so what did my son do to this boy to enrage him to a point where he felt he had no choice but to beat up my son? Well, yesterday my little one told on him for hitting a group of girls. As revenge for this, not only was my son dealt a beating today- but so was his sister!

This sort of behaviour reminds me of real life criminals. You know the type who hurt witnesses so that they don’t give evidence. And it makes me sick!

The worst part is that this child is taught that he can get away with his unacceptable behaviour which is why it has continued towards everyone over the years.

Why should we have to tolerate it though? Because of his age? Because this is just the way that he is? Or the line which the teachers have given me previously- he has trouble at home?

Honestly, growing up, I had trouble at home. I know what trouble looks like and it isn’t very pleasant. But you know what? If I had dared to harm another child at school because of my family problems, I would have been in a hell of a lot of trouble not only at school but when I got home as well.

There would have been repercussions for any undesirable behaviour and I would have had to take responsibility for my actions. There were no free passes when I was in primary school- so what’s changed 30 years later?

If we continue to tiptoe around the problem what chance do we have of fixing it? Do we just hope and pray that bullies don’t learn to feel entitled to be able to act viciously and not face any consequences of their actions?

What happens if their acts become more violent and they end up bringing weapons to school because after all they’re already getting away with violence.

My son learned not long ago that he’s not allowed to physically step in between a fight. He’s not allowed to push this boy off another child even if he’s fearing for that child’s life- because he will face the ramifications at school.

They have taught him to be a typical bystander. To watch the violence and simply alert a teacher who will hand out yet another piece of paper to the bully and notify their parents for the umpteenth time… a seemingly appropriate excuse will be provided to the victims of the bully and their parents- similarly again to real adult life criminal cases.

So what if I turned around and started telling my son to stand up for himself- and then if he did, when approached by the teachers I simply gave them a random sob story about personal issues at home?

No, I want to address the bully’s caregivers. I want to acknowledge that although they may be facing difficulties at home, that most people are fighting battles that we know nothing about and that I am sick of their child putting his hands on my children as well as other people’s little ones! I want to remind them that if they were older this would be considered to be assault and battery. Most of all I want them to see the bruises on my daughter! I want them to understand that violence against women is real and that this is beyond outrageous at any age and that no one should be forced to take these beatings at school just because of anything that’s going on at home.

You don’t get to hurt someone because you are unhappy elsewhere in your life. And although this is basically what the school is supporting, and probably the ideals we are moving towards as a whole community even if we don’t realise it- it is not ok!

It wouldn’t be alright by me if my adult child was killed in a domestic situation when they are older- so why are we teaching them that it’s acceptable for them to be aggressive as children.

Parents, the violence has to stop. And it’s not up to the schools to guide them to be decent human beings- it’s on us, as their primary caregivers! PLEASE, take charge, stop making excuses, before it’s too late! And if it helps, just picture what it would be like having to visit your little one behind bars one day- because at the end of the day that’s their reality if we don’t put an end to the violence now.

If it really does ‘take a village to raise a child’ then perhaps a letter to the bully and his family is precisely what is needed… how else would they feel any empathy for my children’s bruises if they weren’t forced to look at photos of them, and the damage their son caused.