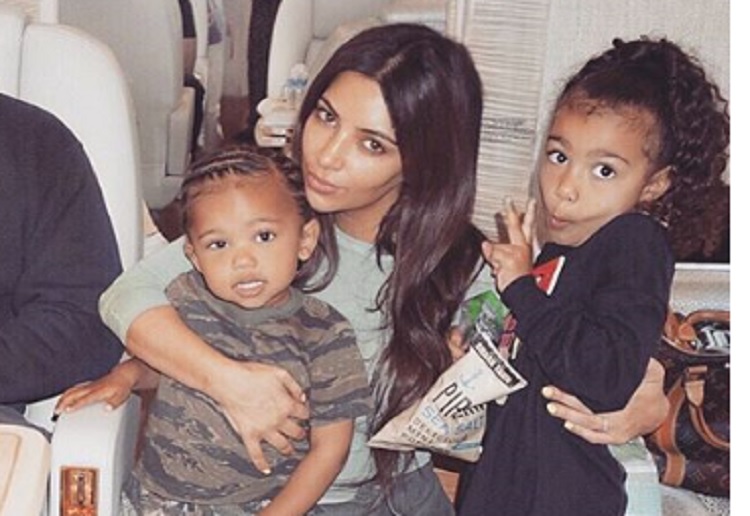 After Kim Kardashian West shared a photo of her two oldest children, North, 4, and Saint, 2, posing for an adorable photo in the bathtub she was hit with a tirade of abuse.

While it might seem innocent enough, the photo has started a fierce debate about her kids’ online privacy.

Both of her kids are naked in the bath, leaving many to point out that due to her popularity she could be exposing her kids to some very unsavory characters.

“Bath time shouldn’t be show on social media remember some men praise children body’s the way they praise yours,” one user a wrote.

“As someone that worked with agency that handled offenders, this is way wrong, This is considered ‘bait’ they are adorable no doubt, but so not good to at least slap some stickers on the photo.”

“With all the perverts in the world.. why post the beautiful babies naked.??”

“Yes these are cute pictures but you do not share with the world how your daughter and son look unclothed in a bath tub. If she would have turned these pictures in to CVS she would have been arrested. There are a lot of freaks who prey on children and would get off on these pictures. Not attacking you but in the future be smarter about posting pictures like these.”

“Um nooo, if you had any brains (which u obviously don’t) you wouldn’t post picks like that of your children. Now all the pedophiles and perverts will be getting excited.”

“Great photo for pedophiles, they r cute but never would I ever take a photo like this and make it world known. You are held to higher standards bc of who you are. Fantastic parenting skills!”

“Yikes Kim! Idk about this. There’s too many psycho sick people out there. Having kids of my own this makes me a bit concerned.”

Of course just last week her mate Chrissy Teigen was ‘mum-shamed’ for sharing a pic of her and daughter Luna, 2, in the bath. Read more on that here.