Article Kindergarten boy steps up to change hundreds of lives 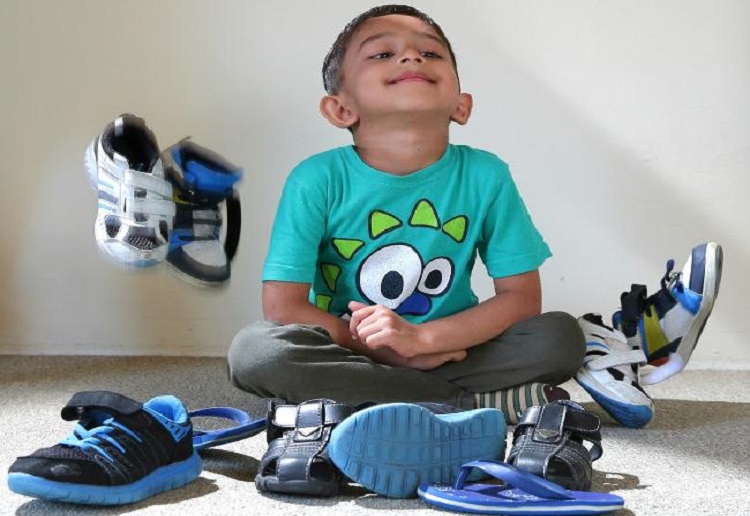 A five-year-old Sydney boy steps up to change hundreds of lives with charity shoe drive.

Nirnay Purushotham, 5, from Hornsby decided to donate all his old shoes to children in Africa, his idea then spiralled into a massive community effort that has pulled together more than 260 pairs of shoes since February.

“He wants to donate the shoes because he is aware that children in many African countries walk barefoot,” Nirnay’s father Mr Purushotham told the Hornsby Advocate.

“He said if we’re not able to collect shoes from people’s homes we should get in touch with the local schools and ask the teachers if we can collect any old shoes from there.”

Showing boundless ingenuity, the kindergarten student from Hornsby South Public School then joined forces with his principal Sharon Hewitt and other teachers to start a charity drive.

“Some people even came from Mt Colah to drop them at our house in Hornsby,” he said. “It was a small thought that converted into a massive drive. It’s something to celebrate,” Mr Purushotham said.

“When someone so young comes up with an idea and it’s done something amazing, it’s great,” Ms Kartsounis said.

“Every pair changes one life — what he’s done can change hundreds.”

Since 2009 Shoes for Planet Earth have given more than 28,000 pairs of shoes to people who want to get back on their feet.