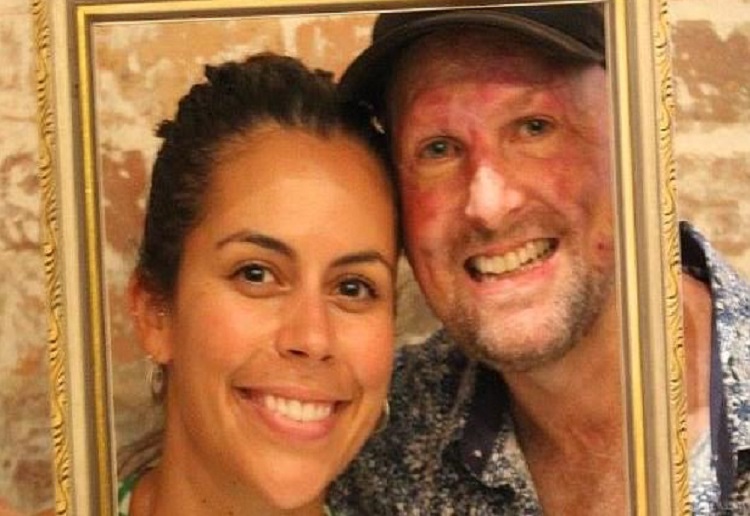 The celebrity chef Matt Golinski’s life was torn apart on Boxing Day 2012, when a fire erupted in his Sunshine Coast home, tragically killing wife Rachel and their three daughters, Starlia, 10, and twins Sage and Willow, 12.

Matt Golinski, 45, woke up in hospital, discovering he was the only survivor and with burns to 40 per cent of his body.

After revealing to Daily Mail Australia a new romance with personal trainer fiancée Erin Yarwood earlier this month, regional paper New Mail have reported that the pair are expecting their first child together in August.

The former Ready Steady Cook star is ‘excited about welcoming a new baby’.

The Queensland-based news source also went on to say that the announcement came early July, with Erin due to give birth in just five weeks.

‘I hadn’t really been considering the idea of a new relationship – I just wanted to get well and move on from everything.

‘Then fate came along and I was lucky to meet someone who was really special,’ he said.

The couple started out as friends but somewhere between swapping CDs and realising how much they had in common, they fell in love.

‘Then I started thinking about how I could imagine spending my life with her.’

The chef proposed on top of Mount Cooroora in Pomona and she said yes.

‘A lot of people search their whole lives for love. I have been lucky enough to have two great loves. To love two wonderful, kind women,’ he said.

Congratulations to them both! He deserves to find happiness that’s for sure