Article MORE proof that baby-led weaning is better for babies 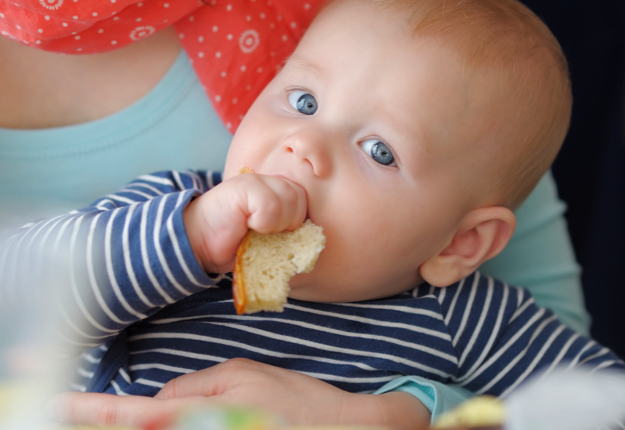 Babies who are  spoon-fed are more likely to end up overweight or obese compared to those who are fed using the baby-led approach.

Amy Brown, an associate professor at Swansea University, said youngsters who are given the opportunity to feed themselves are more likely to be healthy eaters, reports Daily Mail.

She added that parents should not been spoon-feeding children who are older than six months, because those babies are ready to eat solid foods.

Infants that weaned using a baby-led approach were ‘significantly more’ able to stop eating when they felt full and were less likely to be overweight.

She told the Sunday Times that babies should be allowed to eat as little or as much as they want when learning to feed themselves, and that parent-led spoon-feeding can often lead the children to eat more than they need or want.

She said: ‘Let them eat as little as they want. A jar of baby food is too big for what a little baby needs.

‘When you are waving the spoon around and saying “Here comes the big aeroplane – let’s finish it”, if they clamp their mouth shut, forget about it. They will not starve.’

The study used a sample of 298 babies, first looking at how they were introduced to solid foods between six and 12 months.

The researchers then studied the weight and eating behaviour of the same infants between 18 and 24 months.

Brown said the study found infants weaned using a baby-led approach were ‘significantly more’ able to stop eating when they felt full and were less likely to be overweight.

These results were independent of other factors such as mother’s background, birth weight, weaning age and breastfeeding.

At the time of the study, published by the journal Paediatric Obesity, Brown said: ‘This may be explained by the baby being allowed to handle foods, control their intake and eat at their own pace, alongside being exposed to a wider variety of tastes.

‘All of this may promote appetite regulation and healthy weight gain trajectories.’

Did you follow the baby led feeding guide OR spoon feed your bubba?