Article Mum’s irritable bowel turned out to be triplets! 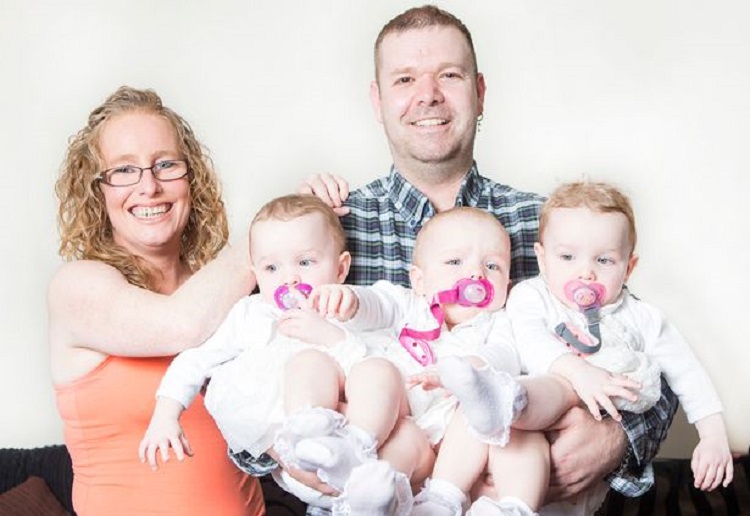 UK mum went to doctor with tummy trouble, only to discover she was five months pregnant with TRIPLETS .

Sarah Senior, 37, thought her irritable bowel syndrome was causing her problems again. She was still a size 10 and having her normal irregular periods.

But when her GP feared an ovarian cyst, he sent her for a scan at the hospital. A consultant asked her if she realised she was pregnant.

“I said I couldn’t be,” Sarah told the Sunday People . “I’d done two pregnancy tests and both were negative.

“But the consultant said I was definitely pregnant and it looked like twins. My jaw hit the floor.”

A scan revealed there were actually three heartbeats.

Sarah and her partner Jason Cooper, 39, had been trying for another baby for nearly a year.

The couple have a daughter Rebecca, 10, and Sarah also has a son Harry, 14, from a previous relationship.

Sarah said: “When we told them I was pregnant, Harry instantly said it was going to be triplets and they’d be born on his birthday.”

The triplets were born on the 16th December 2014 (Harry’s birthday) Mollie and Lillie were born weighing 2lb 15oz, while Evie weighed 2lb 4oz.

Sarah said, “I am so grateful that my tummy ache wasn’t IBS. It was my three beautiful daughters,” she said.