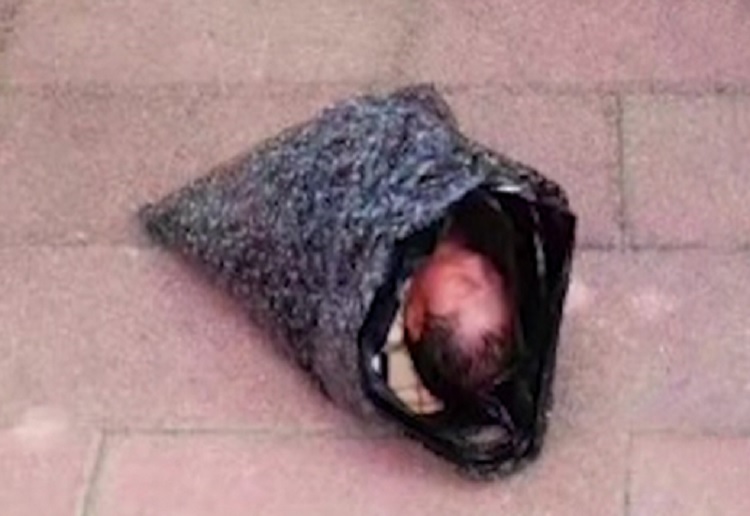 A postal worker in China found a baby in a mail satchel after her mother attempted to send the newborn via courier to an orphanage.

The Chinese courier told police in Fuzhou, that he noticed the bag move and could hear cries, reports the South China Morning Post.

Inside the bag was a baby, only several days old, wrapped in plastic and blankets and addressed to an orphanage. Reportedly the courier was suspicious upon picking the parcel up, but was told to not look by the mother.

In a video of the incident, a crowd gathers around the baby while one person moistens a cotton bud to keep the baby’s lips wet as temperatures were over 37 degrees.

The child’s parents were easily traced, and could face up to 5 years in prison for abandoning the baby. However, in the meantime the baby is being returned to their care – a decision which has sparked outrage.

‘The child is lucky to be alive. Her parents should be punished … the baby should be sent to the orphanage who will find parents to adopt her,’ wrote one commenter on the Chinese social media site, Weibo.