Article Sick Of Yelling At The Kids? Try This Doorbell Tip 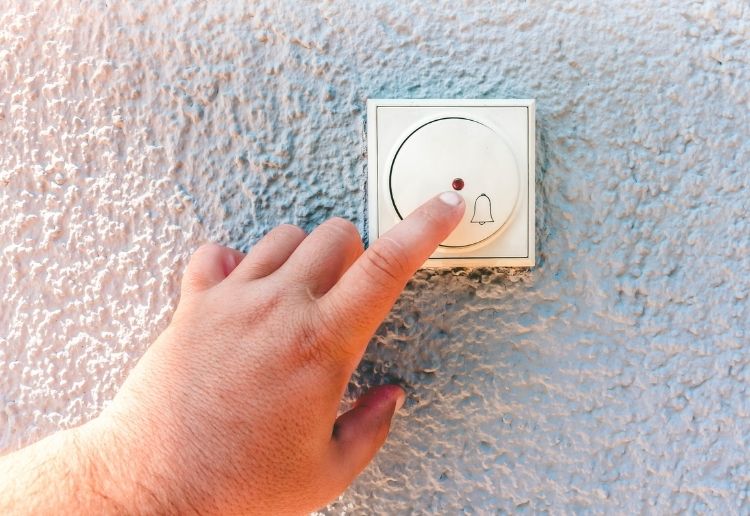 Do you find yourself constantly yelling out at the kids, trying to get their attention from the other side of the house? Turns out there’s a very simple solution, and it will reintroduce the sweet sound of silence across your abode.

My kids are at an age where they’re often playing online in their rooms, headphones on or music blasting, and no amount of fishmonger’s wife yelling can get their attention. It usually results in me storming into their rooms to let them know dinner’s ready. But there appears to be a much easier way (other than texting the kids – which I have resorted to as well!).

Mum Kaylie Norris says the best thing she ever did was put door bells into her children’s rooms. The buttons are tucked away in a kitchen cupboard, and the receivers are in their rooms. All she does is ring the bell and they know they’ve been summoned.

She shared the tip in a TikTok video, showing how she gets her kids to come and get their lunch, without having to yell upstairs.

While some mums loved the idea, other offered their own suggestions in the comments, like using Google Home or Alexa to broadcast or announce to the kids. Kaylie’s daughter even commented, saying she and her brother both agreed to have the doorbells in their rooms, and that her mum is amazing.

I have to say I really like this idea, and as long as you had a doorbell that also lights up, it would work when the kids have headphones on.

What do you think? Would you try this with your kids? Let us know in the comments below.