Article Stop Everything – There’s A New Model Of Thermomix On The Way! 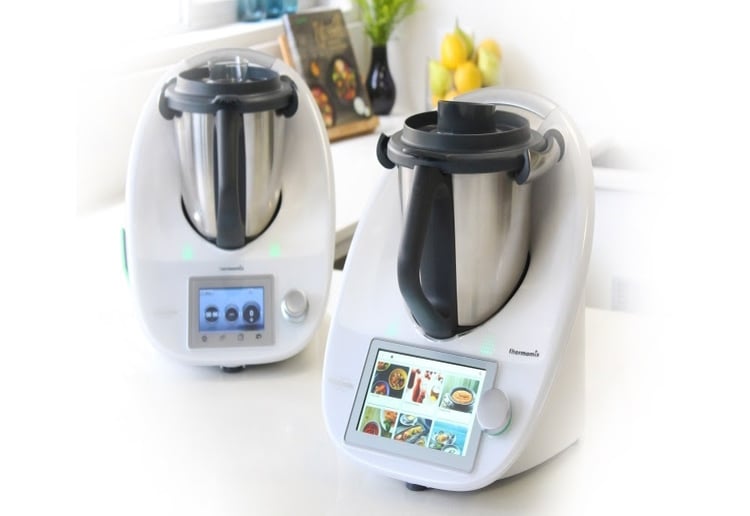 The original all-in-one appliance has had a facelift, making life a whole lot easier for working mums.

The Thermomix just got a whole lot smarter, with the sixth generation of the kitchen essential set to launch later this year. With a number of new features and capabilities, the TM6’s touch screen makes it easy to whip up everything from weeknight dinners to delicious desserts!

When the TM5 was released back in 2o14, consumers were outraged that the company had not announced the launch, with many purchasing outdated models as a result. “Clearly Thermomix has put its customers in a spin following a choppy launch of its new model,” Choice Magazine said at the time. “While it doesn’t appear that the company had broken the law, they ground down the trust with their once loyal fan base.” It looks like the brand learnt their lesson the hard way, sending out a detailed announcement this time around, including an overview of all the updated features the new model has to offer.

Anything You Can Do…

The TM6 includes improved connectivity, with both WIFI and Bluetooth integrated into the appliance. It also features an all access pass to Cookidoo 2.0, the Thermomix recipe library, right from the first use. To hold all those incredible new recipes, the TM6 has 16GB of storage and better processor than the TM5, as well as a bigger touch screen that displays videos and images. Perhaps the most exciting updates are the new cooking features offered by the TM6, such as sous vide, browning and fermentation. There’s even the possibility of the TM6 eventually being linked to other appliances and smart home interfaces such as Google Home and Alexa!

With the TM6 to be rolled out in the US later this year, Aussie Thermomix enthusiasts should keep their eyes peeled for their chance to purchase the latest sensation in cooking technology!

Are you a Thermomix fan? Will you purchase the TM6? Let us know in the comments.