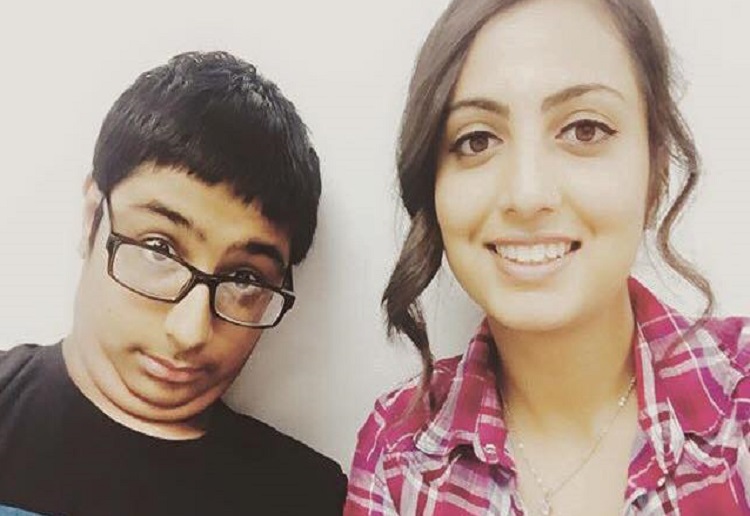 A 12-year-old boy spent three days in a juvenile detention centre after he allegedly joked about a bomb.

Armaan Singh Sarai of Arlington, Texas, was locked up on Friday, according to a Facebook post by his cousin Ginee Haer, which at time of writing has been shared 7,000 times.

“This goofball on the left in this picture is my 12 year old cousin, Armaan Singh Sarai. He was born and raised in Texas by a loving #Sikh family. In his spare time, he loves spending time with his family, watching tv, and playing video games. In his family, are his mom, dad, two sisters and a brother who love him more than life, after all he’s the baby in the family. His family moved to Dallas, Texas about three to four months ago, and being the new kid wasn’t that easy for him. It made it especially hard since he isn’t able to get out much, due to a heart condition he was born with. The heart condition has led him to having three open heart surgeries, and he isn’t able to do a lot of extra curricular activities. But his love from his family and friends has always been enough to keep his heart filled. His family and friends would describe to be really funny, nice, and a caring human being.

On Friday, December 11th, 2015, my cousin attended school, like any other normal 12 year old child. A bully in class thought it would be funny to accuse him of having a bomb, and so the principal, without any questioning, interrogation, or notification to his parents, called the police. Worried & frightened at home, his family was concerned as to why he had not reached home right after school. They started calling every police department in the area, only to find out he was sent to a Juvenile facility. They kept him held behind bars for three consecutive days, before finally releasing him on Monday, December 15th.

It hurts my heart and boils my blood that there are people stupid enough out there not only accusing us, but our innocent children of being terrorists! It sickens me even more that there are people even more stupid out there, taking their word for it. My cousin is a minor and was arrested without any evidence or guardian present! This should show you how fucked up the system is! There are good people out there, but the majority of the system is corrupt! All these bastards see is race & the color of your skin! He’s more than what meets the eye people! I’m more, you’re more, we’re all more! The color of your skin does not define who you are! Please help share this post to open people’s eyes to the fuckery that goes on in our system #JusticeForArmaan #SikhLivesMatter #HumanityMatters”

Spokesman Lt. Christopher Cook confirmed to the Dallas Morning News that officers had attended Nichols Junior High School on Friday afternoon after a student told a teacher he’d heard Armaan saying he was “planning to blow up the school,” apparently saying his backpack contained a bomb and he was going to place it in a school toilet.

“People have got to learn they cannot make these types of threats which cause alarm, which cause evacuations,” Cook said. “Just because you say it’s a joke, it doesn’t get you out of trouble.”

Armaan reportedly said he thought they were joking around and went along with it.

Oh dear. That will teach him a lesson. Let’s hope it wasn’t the case of a bully going too far though!