Article Think your exam prep is weird? Just read these. 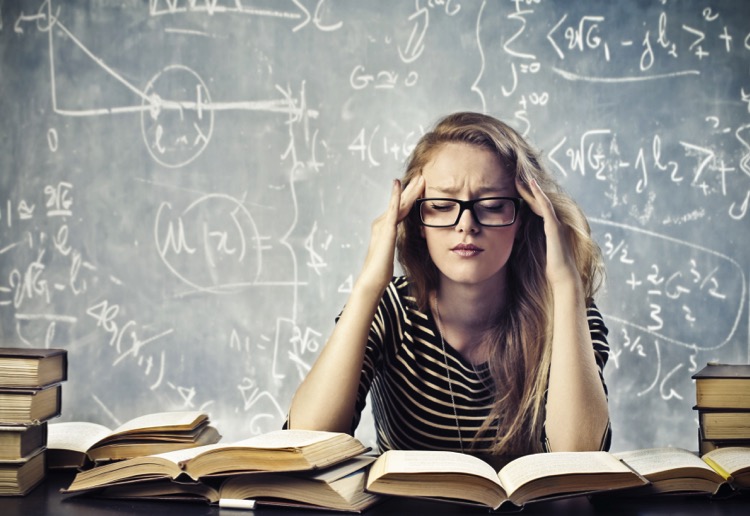 Exams can be terrifying to anybody. Even those who keep the study updated might feel stressed before a test, especially if it is one of the final ones. It is just too much to remember and learn that our brain doesn’t seem to cope with the demand sometimes.

Exam stress can turn people a little bit loopy, so when you’re at your fifth cup of coffee for the hour and you haven’t slept in 32 hours, it seems pretty normal to get superstitious about these things. In fact, if you only get superstitious, that’s pretty down to earth these days. Maybe some of these common beliefs and rituals will work for you, if nothing else, you can have a good laugh in the end.

In South Korea and Russia, it is believed that washing your hair before your exam is akin to literally washing ideas out of your brain. So maybe you should leave it alone for a week or so, and try to use some dry shampoo or a ponytail (if you have long hair) instead.

Some people might found out that the best way to ensure good marks is by turning themselves into an invincible character. They get to dress up as a superhero, start talking like Yoda, or impersonate the Terminator. Matching customised underwear during the exam is also a must-do. There is some truth to this one though, studies have shown that putting yourself into a persona that has a can-do attitude will not only improve your effort during study time, but you will attempt more answers on the exam paper and therefore have a higher chance of getting marks.

Another ritual that you will soon find out is an improvement to number two above, as it isn’t enough to go to bed and wake up as if you were Rocky Balboa. You have to go to your school or university running through the streets, listening to “Gonna Fly Now” and throwing a couple of boxing punches here and there. And don’t forget to end it on the top to any stairs that you can find – cheering audience might not be available, though.

4. Wearing the same (and unwashed) clothes

Several people will always wear the same clothing for all exams that they will do during their entire life. It can be a t-shirt, a jacket, a pair of socks, or even the same underwear. But the thing is that many of them think that they shouldn’t wash them, or their superpowers will go away. Now you can imagine (if you dare) how nicely it smells after exam number 37 – but rumours say that this actually is a sneaky strategy to get rid of competition through air poisoning.

Okay, so this one isn’t entirely false. In 2011, a researcher at St. Lawrence University found that students who chewed gum had a much higher recall than students who did not chew gum. It’s not the clothes, but the research was used to influence several other studies which also found that using the same colour pen in the exam, listening to the same music and even wearing the same clothes did have an impact on the amount that a student recalled.

However, the results were pretty small.

5. Sleeping on your books

Literally, if you want that knowledge automatically transferred to your brain, you should sleep with your face on your study book (it should be open, of course). So during your sleep, the magic will happen – and hopefully you won’t have a sore neck, which won’t help you to get a good mark.

There is one in Moscow (Russia) and another one in Edinburgh (Scotland), but the end is the same. If you rub the nose of a bronze dog (just to make it clear, we are talking about a statue here) just before your exam, it will bring you good luck and great marks. But if you want to take it really seriously, you should go to Saint Petersburg (Russia) and rub the private parts of the Bronze Horseman.

A ritual that becomes most useful before oral exams is to remain mute during the week before it. It will stop your knowledge from running away through your mouth before you actually need it. You might even notice that you will surprisingly make a couple of new friends during that period.

Another interesting ritual from Russia has to be performed at midnight (before the exam), and it guarantees good marks with very little or no effort at all. You just have to open your window and shake your book outside in the air while saying “Come here, freebie, big or small”. When you “sense” that the freebie has been caught, close your book as quickly as possible and don’t open it until you have to use it during your exam.

If you’re running out of time to study for that big exam, try these. What have you got to lose?

Did you have a study ritual? Share with us below.