Article A husband’s powerful gesture to honour his late wife 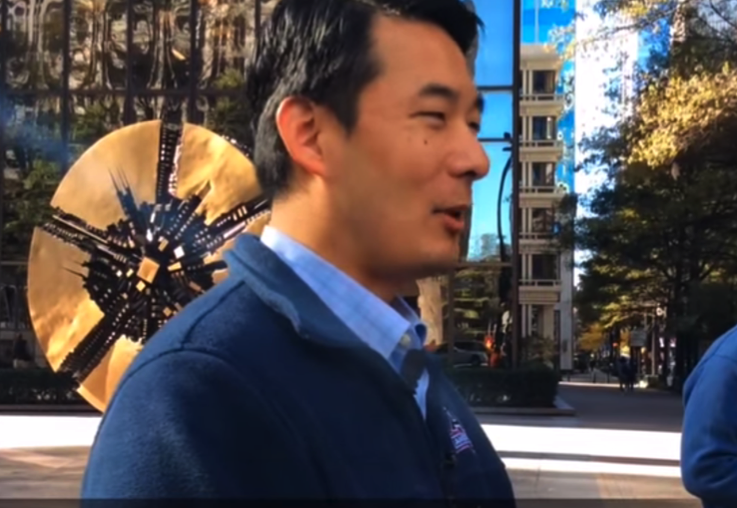 Hyong Yi is a heartbroken husband who’s just had the toughest year of his life.

In November 2014, his wife Catherine passed away from ovarian cancer.

“I really would’ve liked to have stayed in bed for an entire year,” Hyong says. But he had to keep on going for the sake of their two children. 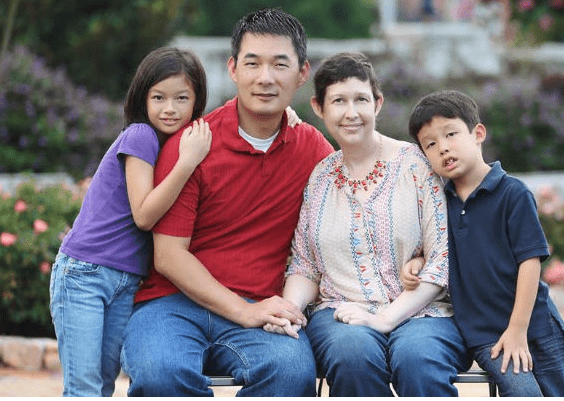 On the anniversary of Catherine’s death this year, Hyong decided to use this day to celebrate her memory.

Hyong and his children walked the streets of Charlotte in North Carolina and handed out 100 love notes to strangers. 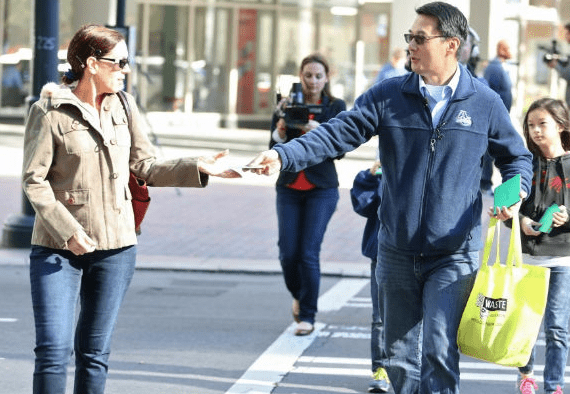 These notes contained a timeline of their life together, including Catherine’s battle with cancer and conversations Hyong imagined they had after her death.

Hyong encouraged the strangers to write notes onto their loved ones also, giving them all a blank card to do so.

“What I wouldn’t give to have one more minute, even a minute, to talk, hold hands with Catherine,” Hyong says. “I want people to take a minute and reflect on that and take time to acknowledge those important in your life.”

The Internet also reacted and the hash tag #100LoveNotes has been shared with love notes written all around the world.

“When I did this, it was not planned as a campaign or a mass movement. I didn’t start this thinking, ‘what can I do to be a viral sensation?’ I did this to honor a woman,” Hyong says.

What an amazing way that Hyong has honored his wife Catherine and he is also helping others by reminding them to reflect on their loved ones in a world where we are constantly rushing and take things for granted.

I am off to write some #100LoveNotes to my dearest, lets keep this heart warming campaign moving and share the love.

Who will you write some love notes to? SHARE WITH US in the comments below.