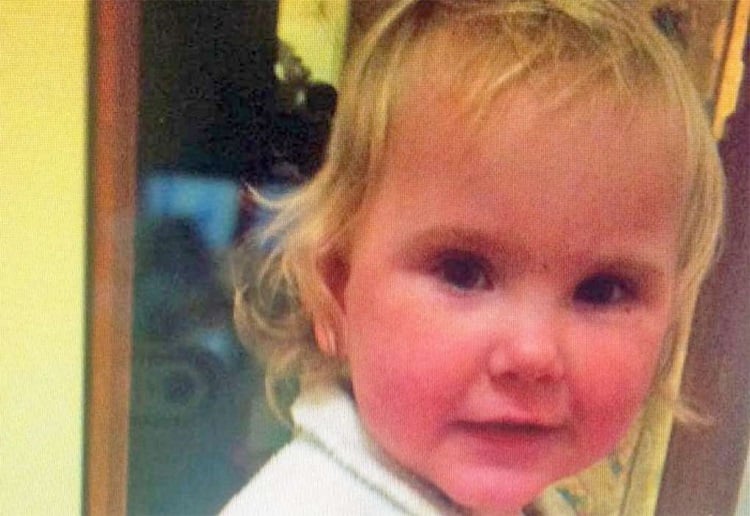 The case of the toddler found dead in the roof of her mother’s home in August 2015, finally faces court.

Trigger warning: Some readers may find details in this article disturbing

John Clifford Torney is on trial after pleading not guilty to murdering Nikki Francis-Coslovic at her Mildura family home in August 2015, reports 9 news.

ABC news reports that the man accused of murdering a two-year-old Nikki Francis-Coslovich in Victoria’s north-west had earlier told a neighbour the toddler was always crying and he “felt like belting her”, a court has been told.

Step father, John Clifford Torney, 32, cleared of murdering two-year-old girl whose body was discovered in the roof cavity of her family home – despite admitting he hid the body.

A jury found him not guilty of killing his de-facto stepdaughter, Nikki Francis-Coslovich, on August 25 last year.

Torney maintained his innocence throughout the trial in the Victorian Supreme Court.

A recorded police interview with John Torney taken just days after he allegedly killed the two-year-old in August last year was played to the jury in the Mildura Supreme Court.

In the recording played to the Supreme Court jury, the 32-year-old could be heard breaking down and saying he had been “waking up in hot and cold sweats” since the girl’s death, reports ABC.

The jury heard a detective ask Torney what the circumstances around the girl’s death were.

“She killed her, then she asked me to help get rid of the body,” Torney said.

“It was whilst we were laying down on the bed that she goes ‘I’ve gone a little too far with Nikki’, and then, ‘she’s dead’.”

He admitted to hiding the toddler’s body in the ceiling of the family home.

“I put Nikki in the manhole. It’s eating me up inside. I can’t hold it back anymore. I’ve got to get it out,” he said.

The detective asked what he was planning to do by putting the girl in the roof.

“I dunno, I just freaked out when Peta told me to help her out, yeah,” Torney said.

“I’ve been having nightmares, waking up in hot and cold sweats. I’ve just got to get it off my chest,” he said.

“I can’t keep [inaudible]. It’s killing me inside. I loved that little girl like she was my own.”

The mother of a toddler found dead in the roof of her family home giggled and repeatedly lied to the triple zero operator when she reported her daughter missing, a Victorian court has heard.

Ms Francis told the court on Tuesday she saw Nikki twice the day she died, once when she was playing in the sandpit and later after Torney had put her down for a nap, when she just saw her hair.

In her call to the triple zero operator, which was played to the court, she says she last saw Nikki about 11 o’clock when she put her down for a nap.

Asked by defence barrister Julie Condon if that was a lie, she said, “Yes.”

She admitted she told four lies to the triple zero operator and that she giggled during the call.

She also admitted telling a series of lies to the police officers who took her statements.

Ms Francis told the trial “having the cops at my house makes me nervous”.

“It’s a nervous smirk that I have,” Ms Francis said.

She denied Ms Condon’s assertion that she referred to her daughter as “the little cow”.

Ms Francis had told the court earlier she sometimes psychically disciplined her children but never laid a hand on her two-year-old daughter.

“Not hard, it was just a tap. I’ve never hurt my children,” Ms Francis said.

A court heard on  Monday the little girl had the type of injuries seen in high-speed vehicle accidents, or a fall from a great height.

But the bruises and abrasions appeared to have been caused by a clenched fist, according to pathologist Yeliena Baber who conducted the autopsy, reports 9 news.

Dr Baber said the cause of death was blunt force trauma from “repeated blows to her abdomen and chest”.

“It would have to be someone strong to inflict those injuries, not a small person,” she told the Victorian Supreme Court on Monday.

Dr Baber compared the injuries to the type sustained in “a high-speed vehicle accident or a fall from a great height” and said she did not think they had been caused by an “implement”.

Crown prosecutors allege John Torney bashed Nikki to death but the defence says it was the two-year-old’s mother, Peta-Ann Francis, who killed her.

Torney told police in his record of interview played to the court he had never been into the roof of the Mildura home where Nikki was found, nor had he accessed the manhole.

He said Ms Francis was the last person to have seen Nikki alive, the court heard.

Torney told police Ms Francis had checked the toddler was in her bed around 1pm on August 25 before they went into her bedroom to have sex.

When he went to wake Nikki around 2.45pm he discovered she was gone, Torney said.

“Peta was the last one to check on Nikki and she was in her bed,” Torney told police in his record of interview, which was played to the court.

Torney said he began a search of the house and yard, including “the cupboards, the fridge, f***ing freezer” and the washing machine, the court heard.

He cried during his record of interview.

Sergeant Kaare Anderson, who responded to the missing person report on August 25, gave evidence on Monday that Ms Francis was smiling and appeared happy when he arrived at the house around 3.28pm.

“I immediately thought that was very odd,” Sgt Anderson said.

The Department of Human Services intervened in Nikki’s care in the month before she died in the belief she was at risk, child protection manager Teresa Cavallo told the Victorian Supreme Court trial today (Thursday), reports 7 news.

But a week after the department said the two-year-old was “at significant risk while in the full-time care of her mother”, they closed her file on July 13, 2015.

They continued to monitor her family after Nikki was born in 2013.

The family’s file was closed after Nikki was placed in daycare, which welfare offices believed alleviated some of their concerns about her home environment and Ms Francis’ “lack of parental capacity”.

The Victorian court heard this week they two-year-old died within an hour of being bashed by her mother’s boyfriend.

John Clifford Torney is on trial after pleading not guilty to murdering Nikki Francis-Coslovic at her Mildura family home in August 2015, reports 9 news.

The defence say it was Ms Francis who murdered her daughter, not her boyfriend, reports 9 news.

In a police interview after Torney was charged with murder, he alleged Ms Francis told him “I’ve gone too far with Nikki, she’s not breathing” while standing outside the todder’s bedroom.

Barrister Julie Condon said Ms Francis told Torney she had thrown the girl on the bed, and asked him to hide the body and go along with the missing person’s story.

“She’s a woman who has spun so many lies, not little lies but big, bad ones,” Ms Condon said in her defence opening statement to the trial.

Ms Francis’ alleged lies and inconsistent statements to police “speak of a guilty conscience”, she said.

Ms Condon says a recording of the triple-zero call that Ms Francis made to report Nikki’s disappearance – to be played to the jury – shows Ms Francis was unable to respond to the operator’s question about when she last saw her daughter.

Ms Francis had been monitored by child protection officers, and was not coping with the demands of motherhood, Torney’s defence says.

They do not dispute CCTV footage which shows Ms Francis running errands the day Nikki died.

But they say the mother was also at home during the time it’s alleged the girl was beaten to death.

The prosecution has told the jury Ms Francis is a key witness.

The trial before Justice Elizabeth Hollingworth is expected to last three weeks.

John Torney, 31, who had been in a relationship with the girl’s mother, Peta-Ann Francis, was charged with the toddlers murder.

A neighbour told the Mildura Magistrate’s Court that on the day before the murder he had seen Torney yelling and swearing at the toddler.

The witness also testified that Torney had told him that “Sometimes I feel like belting the —- out of her”.

Torney also told him the two-year-old was always crying and “she does my head, in this one”.

Another neighbour told the court they heard a male voice yelling “no, no, no, no” on the day of the murder and there was also yelling at the home the day before.

Prosecutors told the court police found the child’s body after noticing dirty finger marks on the roof, and further examination of the prints showed they belonged to Torney.

Constable Shaun Godfrey was one of the first officers to visit the home and was also the one who found the girl’s body.

He told the court that when he arrived at the scene he found it odd that Ms Francis was not at all upset, and was smoking a cigarette with a friend and giggling.

Outside the hearing, the girl’s father Nick Coslovich said he was still coming to terms with his loss.

“How do I feel? Still a little bit agitated, probably, is the word,” he said.

“I’m definitely going to have to cry again tonight.” 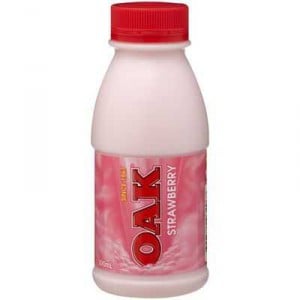 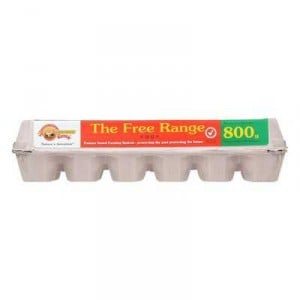