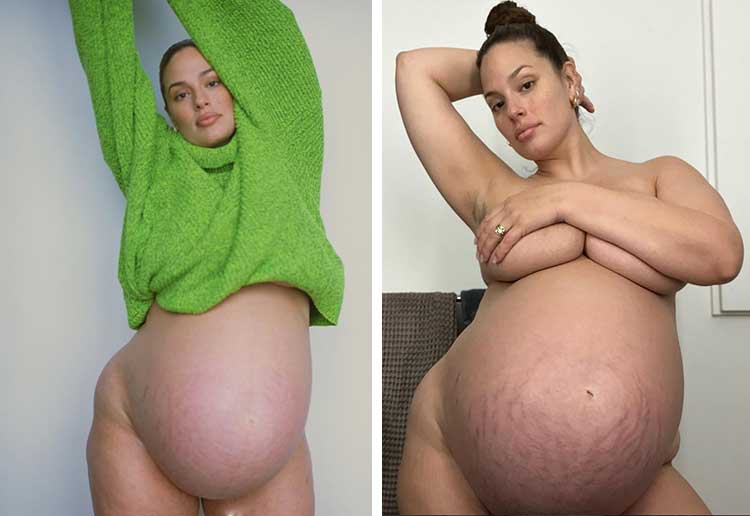 The 34-year-old revealed a week ago that she’d made it to 40 weeks with her twin boys. “Made it full term today (40 weeks!). Due dates are just a suggestion, babies will always come on their birthday.”

She then added another couple of snaps three days ago, with the caption ‘Extended stay’. It was followed by a birth announcement on Twitter a day later.

“Justin and I are so excited to share that our baby boys are here,” Ashley wrote. “They were born early this morning at home and are happy and healthy. I’m taking some time to heal up and connect with my husband and three boys, but I truly can not wait to share more with you all.”

Ashley has been open in sharing every aspect of her twin pregnancy over the past few months, including birth preparation, and stretch marks, saying her husband says they look like ‘the tree of life’.

The couple announced they were expecting twins in September, via a sweet Instagram video. The clip included footage from an ultrasound appointment, where they were told they were having twins boys.

How many twin pregnancies reach 40 weeks?

We’re in awe of Ashley and her amazing pregnancy – 40 weeks with twins, what a queen! According to Pregnancy, Birth & Baby, less than half of all twin pregnancy actually make it beyond 37 weeks.

Just carrying more than one baby increases the possibility of preterm labour. It can be caused by things like preeclampsia, problems with the placenta or premature rupture of membranes. Sometimes, there isn’t a clear cause.