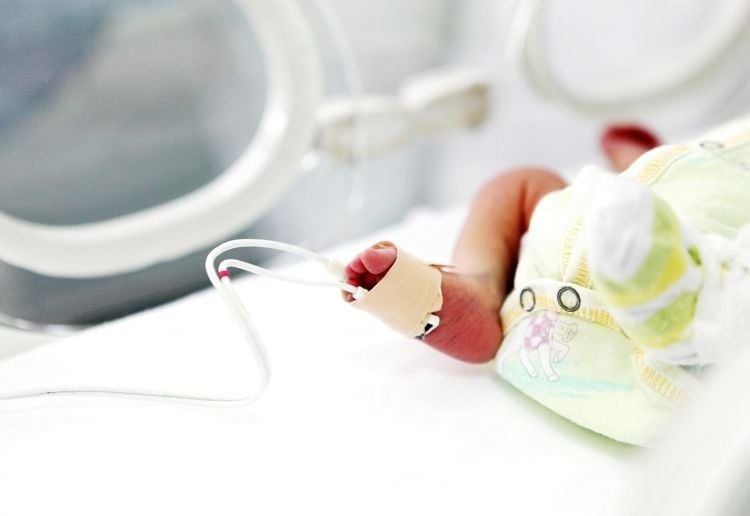 A baby boy in Brazil has been born with a rare ‘true human’ tail, measuring an incredible 12cm, with a 4cm ball-shaped mass at the end.

The rare congenital anomaly was discovered when the mother gave birth at 35 weeks, after going into premature labour. The mum had a healthy pregnancy, suffering just one urinary tract infection. She didn’t drink or use drugs, but was smoking 10 cigarettes a day.

According to the Journal of Paediatric Surgery, the tail was discovered when the baby was born. Babies born with true human tails are extremely rare, with only 40 cases ever reported. 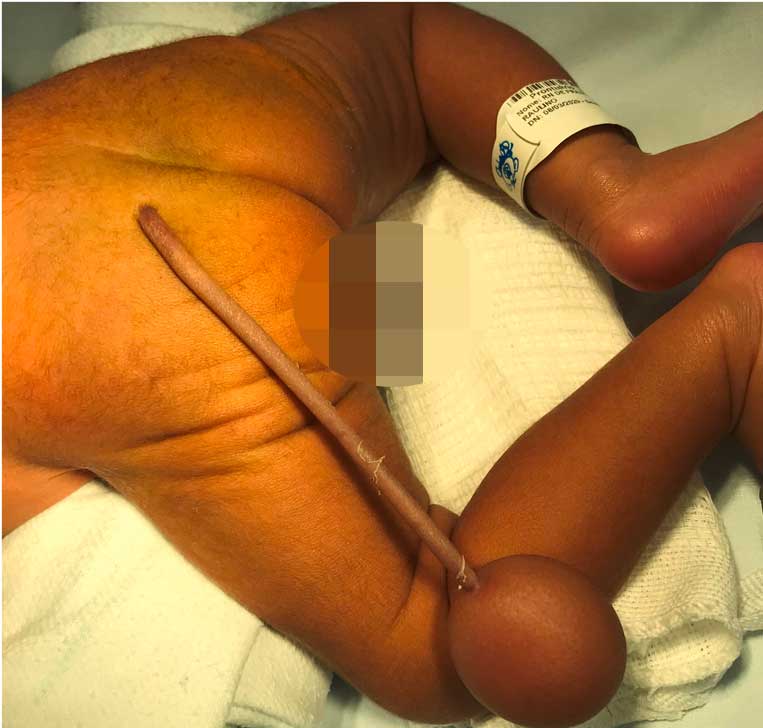 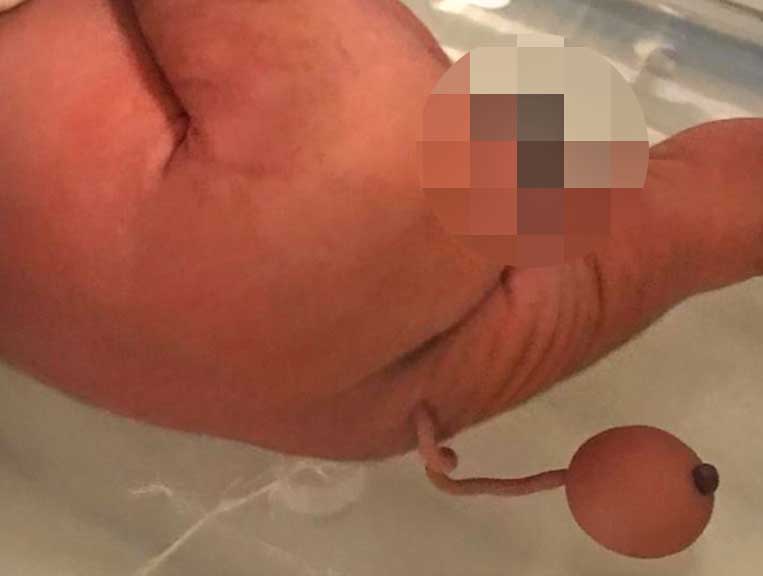 The tail was examined, with doctors finding a ‘single umbilical artery and the presence of a rounded fibroelastic appendage of approximately 4 cm in its largest diameter, supported by a 12 cm fibrous cord in the left paravertebral lumbosacral region.’

Doctors investigated for possible neurological issues, but the baby was given the all-clear. The tail was removed without any complications.

How did the human tail form? 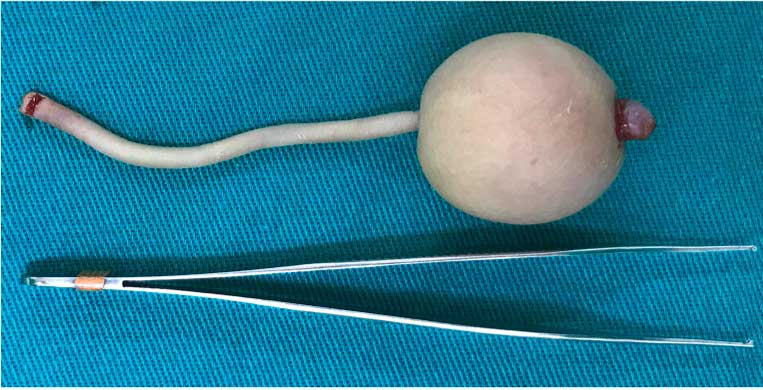 At about the fourth week of gestation, babies start to grow a tail, which usually disappears by around the eighth week. It eventually becomes our tailbone.

“Human tails are classified as true and pseudo-tails,” the report explains. “The real ones represent the persistence of a remnant of the embryonic tail formed between the fourth and eighth week of gestation, being composed of adipose and connective tissue, blood vessels, muscle and nerve fibres. Pseudo-tails are protuberances basically composed of adipose or cartilaginous tissue and the presence of bone elements. True human tails are very rare.” 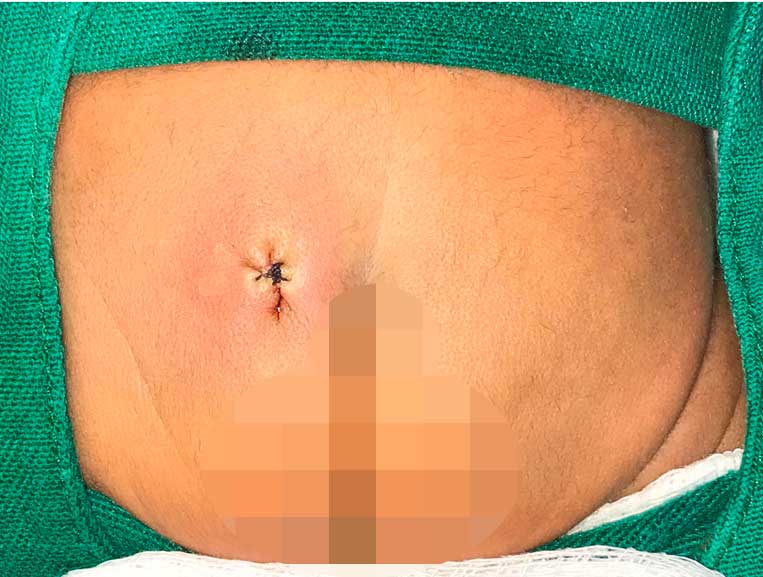 A post-surgery investigation of the tail found it was made up of boneless tissue, while the ball was simply fat and embryonic connective tissue.