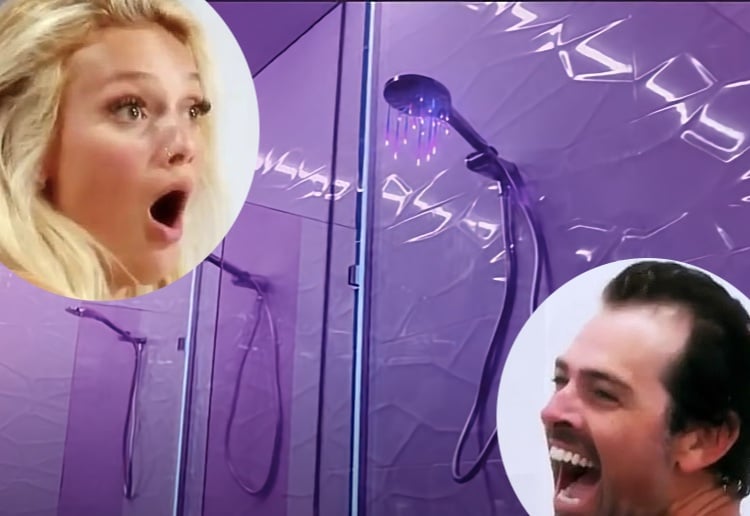 Yes, I’ll admit it, I’m morbidly curious about what’s going to happen in the Big Brother House. I know it’s trashy and generally boring but I’m tempted to watch at least the first episode to check out all the crazy shenanigans.

The Big Brother producers have drip-fed us a few hints of what we can expect when the show premieres on Monday night on Channel Seven, six years after it was taken off air.

We’ve now met all 20 contestants and boy, are they a motley crew. They are aged from 19 to 62 years of age, and consist of (very) minor celebs, models, (sport) players, mums who want to add some sizzle, farmers, tradies and wannabe actors.

We’ve also had a preview of the luxurious house in the seaside coastal retreat of Manly in Sydney, It looks there is a gorgeous outdoor area with pool and fitness equipment, lots of space to lounge and bicker, a communual bedroom and a not-very-private bathroom.

Channel Seven has made it quite clear that the Big Brother House is not a hotel and that house mates will need to do their own cooking, cleaning and recycling.

No Deep Cleaning In The Big Brother House

But the rule that is causing the most contention is the bizarre bathroom law. The housemates’ shower time is limited to just 60 minutes of water per day! And that time limit is divided between 20 people. So that means each contestant only gets to have a 3 minute shower every day. Yikes, that is going to be one whiffy household.

I usually have a leisurely shower for at least 15 minutes, but three minutes would be ridiculous, especially if I had to wash my hair. If I was living in the Big Brother House, I would definitely be using some cunning prowess to snatch some shower time from my fellow housemates.

In the trailer for the show, Talia Rycroft, a tradie from Adelaide looks shocked as she gets ready for her miniscule shower. I am not surprised! However, dad-of-three, Shane Vincent looks completely amused by the whole thing. He probably has to fight for hot water with his kids so he used to shower rationing.

There is absolutely no where to hide in the Big Brother House with over 65 cameras recording the housemates’ ever move and mutter, including in the bathroom.

Early images of the bathroom show multiple showers in a row, barely separated by small glass panels. There are four toilet cubicles (which thankfully have doors), communual sinks with mirrors.

The season has already been wrapped up and the format will be following the US way of doing things, with no public votes and evictions to be decided on by the housemates only. Viewers, however, will be able to vote for the winner, in the live studio finale in mid-July.

Each episode will feature a survivor-style challenge as well an eviction…so perhaps, it will be interesting to give it a go.

See all the happenings in the Big Brother House every Sunday, Monday and Tuesday on Seven.

What do you think of the bathroom rule in the Big Brother House? Tell us in the comments below.