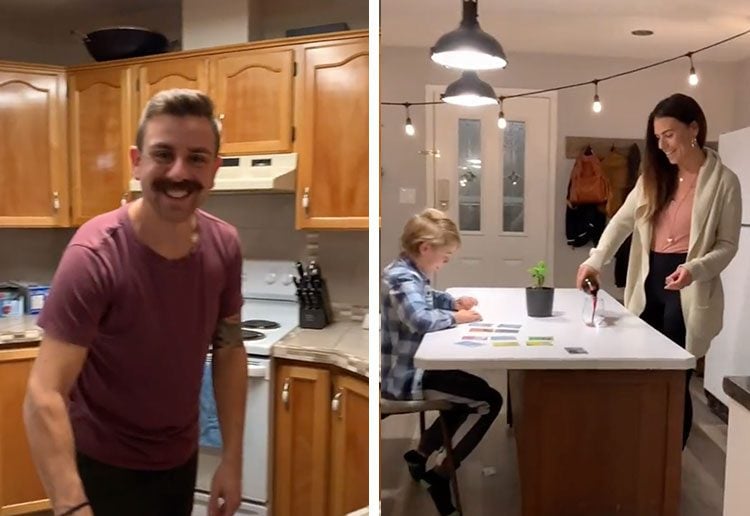 When it comes to blended families, the dynamics often mean living arrangements can be pretty unique. But one couple has revealed how they manage to live under the same roof, but in separate suites, with their blended family of seven.

Canadian couple Shelley and Peter took to TikTok to reveal their unique living arrangement, which includes separate suites in the same house, joined by a locked door. “My partner and I have five kids between us. So we own a home that has two suites. We live separately together. Blended, unblended,” Shelley explained.

Shelley’s video shows her floor of the home and Peter’s section, which includes separate kitchens and bedrooms. “This is our adorable family. This is where my partner lives with his three children, and this suite is where I live with mine.”

After the video went viral with more than four million views and hundreds of questions, Peter and Shelley decided to reveal even more about their unique home.”So here’s the situation,” Shelly explained. “Peter and I are partners. Romantically involved with each other. Unmarried and we are divorced from past partners.”

“I live on the upper floor,” Peter added. “I have three bedrooms for me and my three kids and Shelley is on the main floor with her two. We have our own entrances. There is a door that locks in between. I pay 58% of everything and Shelley pays 42% and that’s based on square footage. I’m responsible for my suite. I cook, I clean all that stuff. And same thing for Shelley downstairs.” The suites are completely separate and the couple has shared custody of their five children with their former spouses. The custody schedule is the same, so one week all five children are home, and the next they are with their other parents. “And if they are not here, we open the door and strangely we sleep in my room, but we use Peter’s living space, because it’s cooler,” Shelley said.

What about, ahem, private time?

Peter and Shelley got inundated with questions about how intimacy works in their separate spaces, so they made a cheeky video explaining how they manage to get alone time.

How did they end up living in separate suites?

Shelley and Peter explained that the decision to move in together, but live separately, was initially based on finances.

“How we ended up in this living situation is that we were both in the market, very early on in our relationship, for a home and buying something that had two suites in it just made so much financial sense while also keeping some separation because we were so new in our relationship. We thought that was really important for the kids. They have all been through so much change, so we wanted to keep things just easy, simple but also we wouldn’t have been able to get into the real estate market without this situation.” 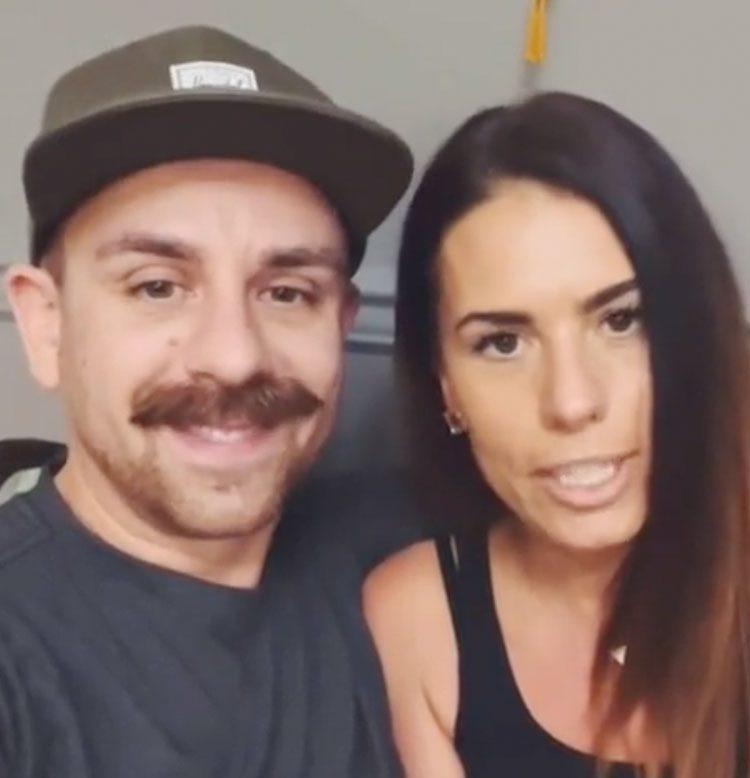 Peter says the kids get along better because they have their own space, but they do still call each other step siblings. They have outings as a family, and dinner together a couple of times a week. The couple says there are huge benefits to have their own space.

And Shelley says there’s still plenty of time to be romantic and keep the relationship exciting. “It’s incredibly romantic how we live. When we go on dates, Peter will actually go around outside and knock on the outside door to my suite. And sneaking in little rendezvous when the kids are here and then having an entire week to ourselves is pretty fantastic. We’re very, very lucky.”

They both say that after living separately together for two years, they can’t imagine living any other way.

What do you think of this unique way for blended families to live? Let us know in the comments below.