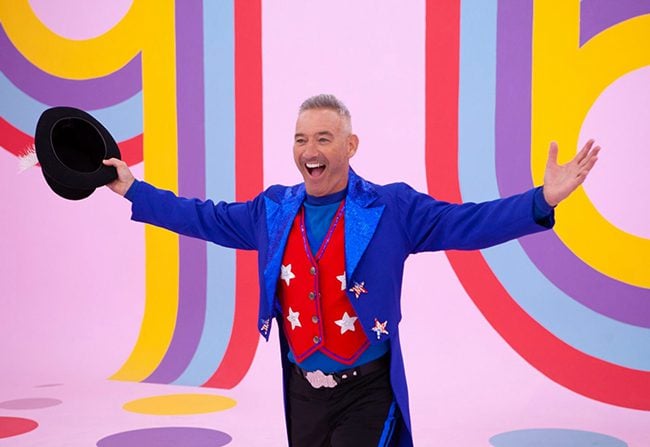 Anthony Field, the famous Blue Wiggle, has assured his fans that he is indeed alive after a Wikipedia hoax claiming he had passed away.

If there’s one thing you don’t want to wake up to read, it’s that you’re dead. Anthony Field, 58, woke yesterday to reports that he had passed away in a Wikipedia Hoax.

“Wikipedia had me dead yesterday!!!” the Blue Wiggle shared on Instagram, “Unless I’m not up with the times, I’m still here!!”

Anthony Field’s Wikipedia page stated his date of death as August 15th 2021, and that “he ‘was’ an Australian musician, actor, songwriter and producer. He was best known as a leader of the children’s group The Wiggles and amember of the 1980s and 1990s pop band the Cockroaches.”

Thankfully the team at Wikipedia have fixed up his page, with Field confirming, “I’m back alive on Wikipedia now! Phew!”

Psychic Medium John Edward joked with Field, “I checked with my connections and you were no where to be found there.”

“Phew! At least it wasn’t me this time!” joked Richard Wilkins who has been announced dead in the past.

Thankfully Anthony is very much alive and still able to Wiggle around and entertain us.