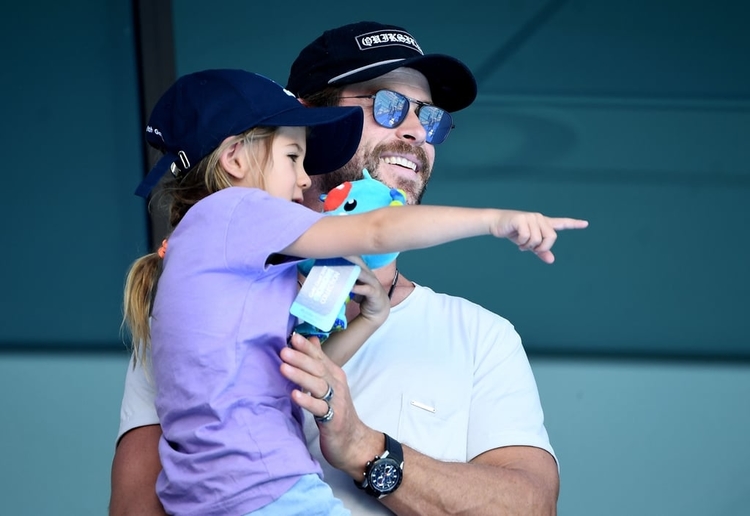 Aussie actor and Avengers star, Chris Hemsworth, has been accused of irresponsible parenting after ignoring height restrictions on a Disneyland ride.

Aussie heartthrob Chris Hemsworth has been accused of being an ‘irresponsible parent’ after he told TV host Jimmy Kimmel that he had snuck his daughter onto a Disneyland ride news.com.au reports. After his daughter Isabella asked to go on The Guardians of the Galaxy Mission: Breakout ride, but was too short, Chris decided to take matters into his own hands…

When she was told that she couldn’t go on the ride, Isabella became upset. “I took my daughter on it a couple of years ago when it was previously called Tower of Terror or something,” he told Jimmy. “She was really upset and I was like, nah, forget this. Come here.” Chris then placed two Snickers bars inside his daughter’s shoes, allow her to meet the height restriction of 114cm. The ride involves a rapid drop of 40m and reaches speeds of over 60km/h, with Chris admitting that the decision probably wasn’t one of his best parenting moments. “I was like maybe there’s a reason there’s a height sign!” he said.

Chris’ Avengers co-star Scarlett Johanssen couldn’t believe the applause he received from the studio audience after sharing his parenting hack. “It’s wildly irresponsible and you’re all cheering!” she said jokingly. Even though the story provided plenty of laughs, Chris was quick to discourage other parents from doing the same. “We’re at the top and I’m looking at her and she’s strapped in and the seat is massive on her,” he said. “So don’t do that!”

While we think Chris’ solution was creative and hilarious, we definitely don’t think this is a hack you should try with your own kids! Unfortunately, Thor won’t be there to come to the rescue if you do…

Do you think that Chris was being ‘irresponsible’ to take his daughter on the ride? Share your thoughts in the comments.