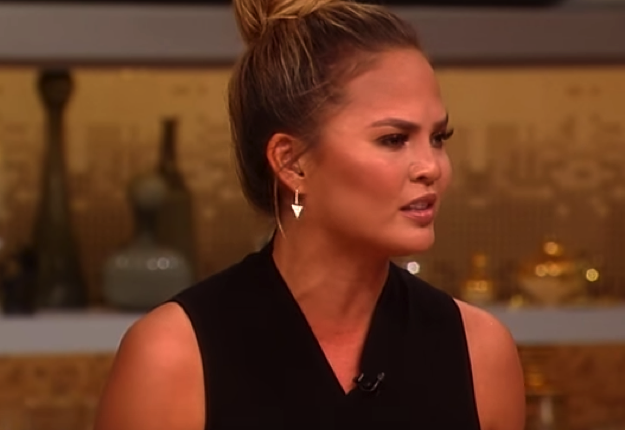 Chrissy Teigan appeared on Tyra Banks’ new show FABlife this week, and the interview became quite emotional when it came to discussing children.

The supermodel is married to singer John Legend, and while the pair would love to have children of their own, Teigan admitted they were “having trouble” conceiving.

While the couple have been together for almost 10 years, the 29-year-old revealed “We would have had kids five, six years ago if it had happened. But my gosh, it’s been a process.”

The star then shared her frustration at constantly being asked by the media about when she and Legend would be starting a family.

“Anytime someone asks me if I’m going to have kids I’m like ‘One day you’re going to ask that to the wrong girl who is really struggling, and it’s going to be really hurtful to them.'”

Teigan’s comments prompted Banks to share her experiences, after she revealed to People magazine that she had undergone IVF in the hopes of having a child with boyfriend Erik Asla.

“I am so tired of seeing on my social media ‘Why don’t you have kids?'” a visibly emotional Banks shared.

“I just feel like we are so hard on each other and judgemental of each other.”

Watch the full segment in the video below:

Do you agree with Chrissy and Tyra? SHARE YOUR EXPERIENCES in the comments below.