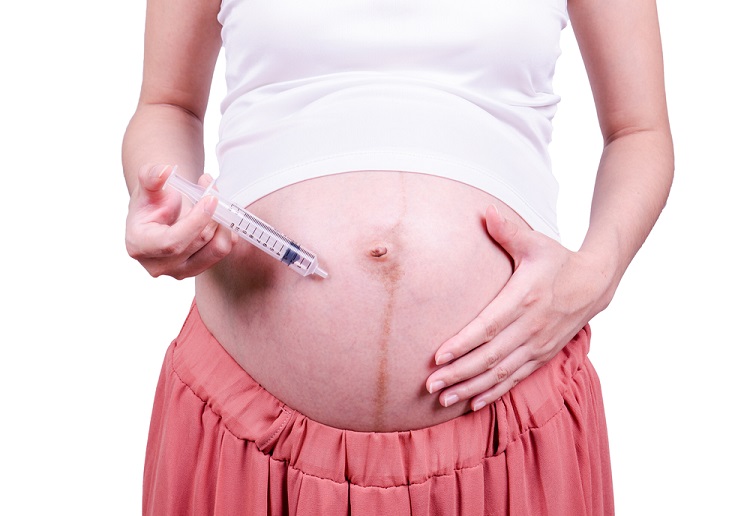 Couple from Queensland reveal how they managed to fall pregnant with the help of a horse syringe.

The couple collected sperm samples from Mr Evans every month and deposited them using a syringe intended for the insemination of horses.

“We went into it blindly because we didn’t know anyone else who had done it,” Ms Richards told Daily Mail.

“Ann and I bought one at first but then Jarrad told us they don’t actually hold liquid so we used something you inseminate horses with – it is a syringe with a long tube attached to it.”

According to Ms Richards, Mr Evans would visit once a month to produce a sample, which was deposited into the horse syringe. The would-be parents would then immediately retreat to the bedroom for the next stage of the ‘do-it-yourself’ fertility treatment. 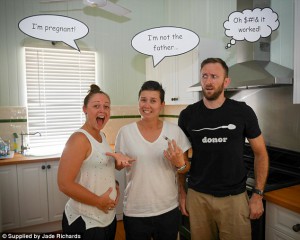 ‘Jarrad was really good every time we said ‘OK it is time come over’, he would be there.’

In 14 months the couple and Jarrad attempted the ‘DIY fertility treatment’ 14 times – but Jade only took one pregnancy test.

‘At the beginning I told myself I wouldn’t check every month because I wanted to avoid disappointment.

‘The last time I just had a feeling it had worked – and then my period was two days late.

‘It was New Year’s Eve when I found out.

‘Ann and I sat on the bathroom floor waiting for the test results – as soon as two lines showed up we messaged Jarrad and mum,

‘I don’t think Jarrad, who was on holiday, believed us at first – and he said he was not going to get excited until the 12-week mark. But he was.’

And they’ve already decided on repeating the process for another child but this time Ms Gard will bear the family’s new addition. 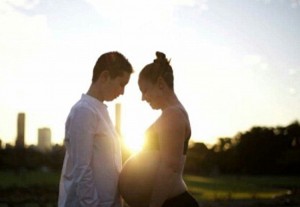