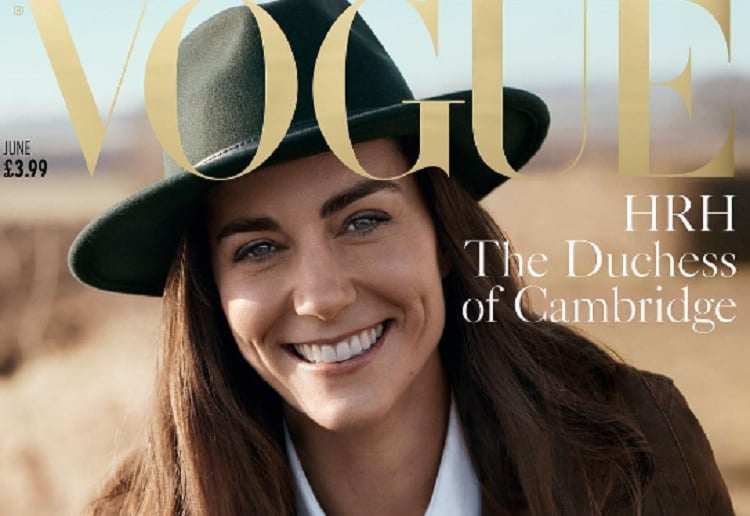 Not everyone is thrilled that the Duchess of Cambridge has posed for her first magazine shoot.

The Duchess appears on the cover of the historic 100th anniversary issue of British Vogue.

Vogue editor Alex Shulman says the shoot is ‘a fitting tribute to a young woman whose interest in both photography and the countryside is well known’.

But as Liz Jones writes for The Daily Mail, “you only grace the cover of Vogue when you want to become an icon and have your ego massaged. You are joining the fashion elite.”

“Like Diana, who wanted to be a mother, a Princess, a charity worker, an everywoman, a pin-up, Kate has sold her soul to the devil that is vanity and elitism, and those fashionistas who judge others only by their BMI. 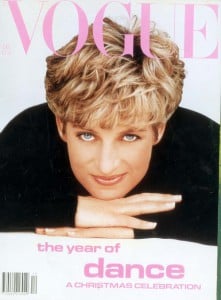 Kate, who up to now has protected her privacy and that of her children ferociously, has opened the floodgates to the sort of forensic scrutiny her late mother-in-law endured.

There is no going back. Pandora’s dressing-up box has burst open.”

A spokesperson for The Duchess said: “Since 1916, Vogue has been a leading champion of British portraiture. The Duchess was delighted to play a part in celebrating the centenary of an institution that has given a platform to some of the most renowned photographers in this country’s history.

She is incredibly grateful to the team at Vogue and at the National Portrait Gallery for asking her to take part.” Two of the images from the British Vogue shoot were installed this evening in the National Portrait Gallery’s Vogue 100: A Century of Style. The Duchess will visit the exhibition on Wednesday 4 May and see the two portrait’s on display in the gallery for the first time #Vogue100″

The questions raised by Liz has sparked some discussion around the web with one user on Mumsnet saying – “I’m ambivalent to the Royal Family but like the way Kate has taken a relatively low key approach since marrying William. I think it’s a shame she’s decided to pose for Vogue.”

Another commented – “Has the Queen ever been in Vogue? I wonder what she thinks of it.
Kate married into royalty, not the Kardashian family. If this is the way the monarchy is headed I don’t think it will last.”

Another wrote – “I’m disappointed, but not surprised. The royals are becoming more like celebrities than royals. They shouldn’t be giving exclusive access to one magazine, and selling pictures of themselves. Its also wrong that she’s happy to sell pictures of herself to the highest bidder but then whinges about privacy. If Kate wants to be a celebrity, then fine…but be self supporting like other celebrities. If you want to be a royal and get taxpayer funding, then be a royal and don’t sell access to yourself.”

Has Duchess Kate sold her soul?