Article Dying dad cradles his baby girl as he slipped away 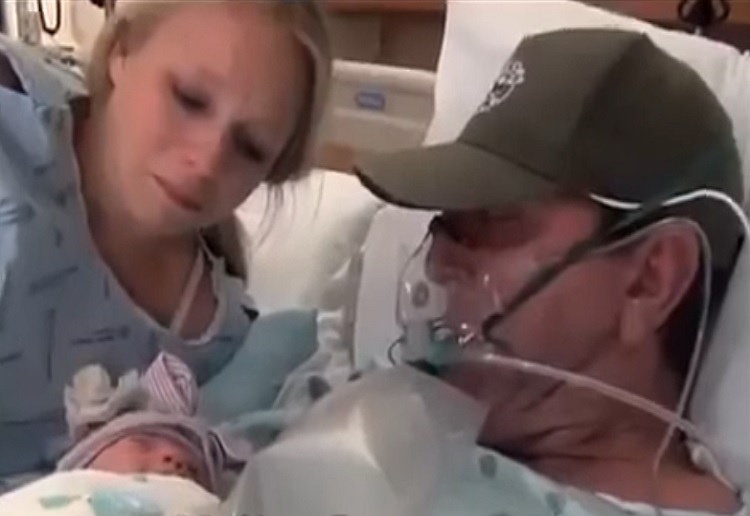 Mum induces labour so her dying husband could meet his baby girl.

Diane Augler felt like she had been hit by a truck when she learned her husband Mark’s breathing problem was actually fatal pulmonary fibrosis. Mark, 52, had been diagnosed with colon cancer and had surgery to successfully remove the tumor. His doctors prescribed chemotherapy to prevent the cancer from spreading, but the treatment caused severe scarring of the lung tissue, shares Daily Mail.

Mark had just a few days left to live and would likely not survive long enough to meet his unborn daughter. Diane was in a state of shock. She struggled to believe it was real until a doctor pulled her aside and asked “when are you going to have this baby?”

She was due on January 29th 2012, but doctors predicted Mark wouldn’t survive another week.

Diane had wanted a natural birth, but when her dying husband said “I’d like to see the baby,” Diane decided to induce on January 18th, 2012. Doctors and hospital staff pulled all the strings they could and arranged for a large delivery room to accommodate both Diane and Mark’s medical needs.

With two hospital beds pushed together, Mark lay beside his wife as she gave birth to their fifth child, Savannah. Mark held his baby girl for 45 minutes after she was born and the family spent the next few emotional days together in the hospital. As each day passed, Mark grew weaker until he fell into a coma on January 21st 2012.

“If she cried, he would shake his head and moan. I put her on him when he was in the coma a few times and his hand would move toward her,” said Diane. Two days later Mark died surrounded by his family. As his heart rate dropped Diane placed Savannah in Marks arms. He cradled his baby girl all the way to his final breath.

Such a touching story.