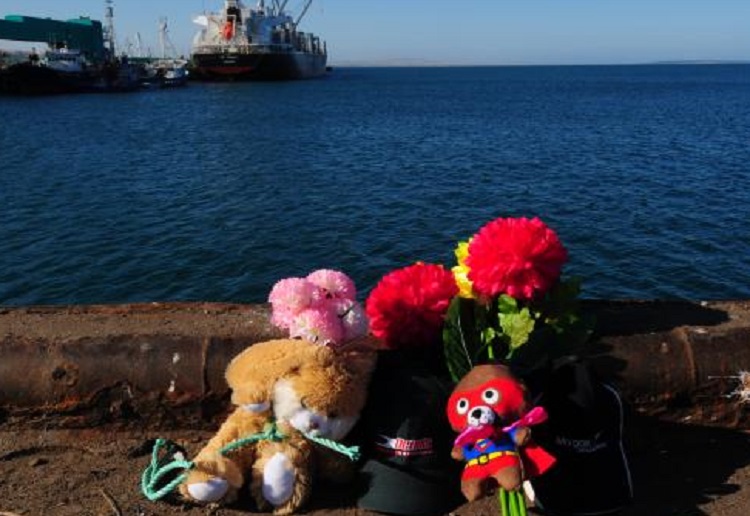 The nation is in shock after a father drove himself and his two young children to their deaths.

Damien Little, aged in his 30s, wrote a suicide message on Facebook before he got into his white Ford station wagon with his children Hunter and Koda, and drove off Brennan’s Wharf into 30m of water about 6am on Monday.

His wife, Melissa, has been left devastated and is surrounded by her family for support at this time.

Bodhi Pannenburg was among the witnesses and said he saw the car drive towards the water at about 80km/h.

“We saw a car go past and heard a bang,” he said. “Then it … flipped over the lip and sunk to the bottom.”

A distraught relative said the family was “in shock” after the incident.

Police divers emerged from the water at 12.30pm with three body bags and a rifle with a telescopic sight.

Friends told The Advertiser that he had posted a lengthy suicide note on Facebook at 5.45am on Monday morning.

That note has since been removed.

Friends and family are in total shock saying…

“They are absolutely doting parents,” said one neighbour.

“I tell everyone how blessed those children were to have such wonderful parents. I could not fault them in anyway. Because she was a school teacher, she was very strict with how much TV they watched.”

“I just loved them. It breaks my heart. It is just so tragic.”

Another neighbour said Koda “was always keen, he was always out on the quad bike with Damien and helping his dad in the garden or fixing things”.

“They were just terrific little people. We saw Damo yesterday and waved.”

“I saw (Little) about three days ago at the beach and he seemed absolutely fine,” said one friend, who did not want to be named.

“He seemed normal. He is a normal guy, he is not a big drinker or anything like that, with a family, and I could not sense anything was wrong when I spoke to him. I have never seen a bad side.” 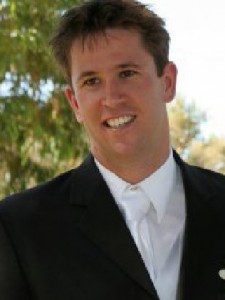 Port Lincoln Mayor Bruce Green said the community was in shock. “First there is a sense of disbelief and then it moves to grief,” he said.

“The community will still be digesting the event and coming to terms with the tragedy.

“There’s a lot of sensitivities to consider, such as the family and the friends of the family and children. It’s obviously a tragedy for the community. Over the next few days as this unfolds on how it happened and who the people were, the sadness and the knowledge will be hurtful in the community.”

Detective Superintendent Paul Yeomans confirmed the worst at an afternoon news conference after the three bodies were pulled from the water. “We are not treating it as an accident,” he said.

Just shattering. Our thoughts are with Melissa.

If you or someone you love needs help please reach out. Call  Lifeline Australia on 13 11 14.