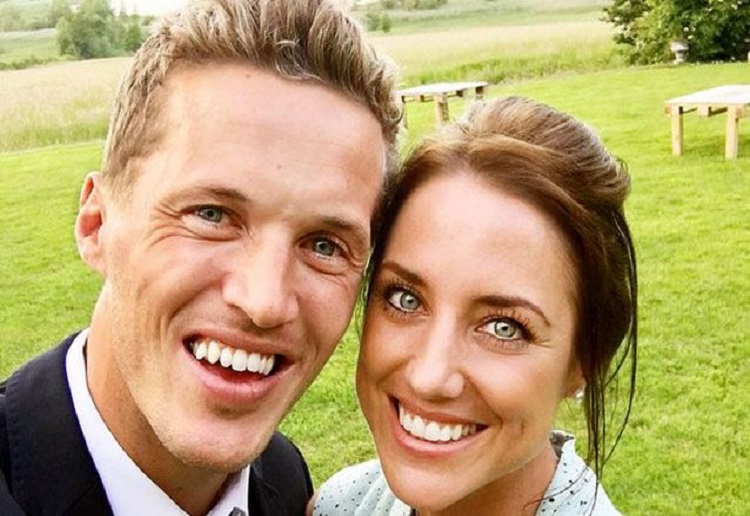 A grieving young man plans to have his late wife’s baby through a surrogate.

Emily Collett, 31, was diagnosed in March 2016 and tragically died in June this year, just shy of a year of marriage.

Jack Coates met his late wife when they were both just 11 years old and dated for a number of years before drifting apart during university years.

One day before the pair were due to set off on holiday to the Philippines in March last year – where Mr Coates planned to propose – Mrs Coates received the “heartbreaking news” she had thyroid cancer at just 30 years old.

In June, Mr Coates confirmed in a Facebook post his wife had died, saying he felt “utterly lost and empty without her.”

“She was my north, my south, my east, my west. The reason I wanted to wake up every morning and be a better person,” he wrote.

Through a surrogate and a frozen egg, Mr Coates has the chance to have the baby he and his late wife always dreamed of.

“Having a part of Emmy would be the best thing ever,” he told The Mirror. “I know how much she wanted to be a mum.”

The couple began the surrogacy process with former schoolmate Liz, a 32-year-old single mother, while Mrs Coates was still fighting cancer and Liz had became pregnant.

But, sadly, in the week after Mrs Coates’ death, doctors confirmed Liz was experiencing an ectopic pregnancy and the foetus could not be saved.

Mr Coates told the Mirror how his wife would have been at peace knowing the couple would become parents.

We wish him all the best in this journey.