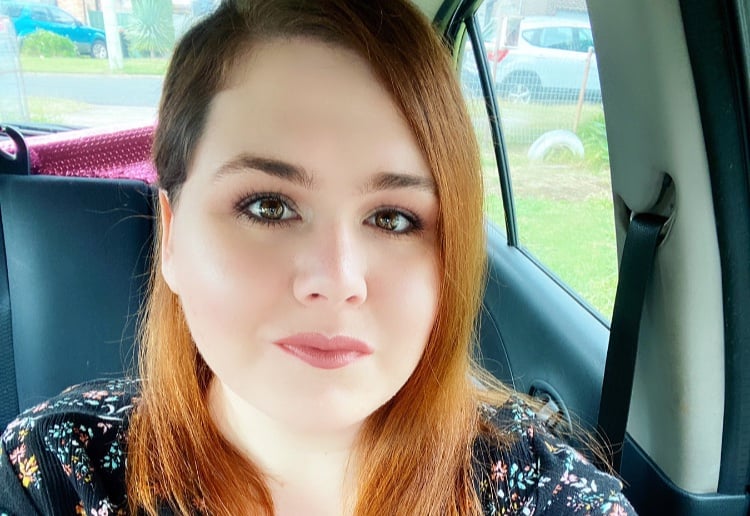 You have absolutely no idea how soul-destroying it is to get disgusting insults from total strangers about your body. It’s humiliating, it’s crushing and debilitating but I was determined not to let the fat shaming trolls win. This is my journey.

I’m Gigi Peache. In March 2019, I wrote a complaint to Kmart via Facebook about an experience in store. I had gone into one of the branches in search of their advertised plus size activewear. I was looking for clothes that Kmart had advertised, and I was frustrated by the fact that they didn’t have any of those advertised items in stock AND that not even employees knew where the plus size clothes had been relocated to.

My complaint was tended to, and I was happy with their acknowledgement of the experience I had. All I wanted was to be heard about these issues, and I felt I had been… Until the next day when I received an email from Kmart customer service implying that my issue was that I did not feel good about myself. This was obviously assumed because of my size. The email implied that since I was looking for plus-sized clothes and wasn’t happy with my experience, it must be because I couldn’t possibly feel good about myself as a fat person.

I made a single post on Facebook, originally just meant for my friends, sharing my disappointment and suddenly it was everywhere. A lot of the media exposure was inaccurate and misinterpreted my original post. I was flooded with the most horrible, hurtful comments about my size, weight, and body.

The comment sections of the articles written were torturous. Many commenters told me I was disgusting, should lose weight, and that I was the epitome of whatever their superficial definition of unhealthy was. A lot of people even told me I should die. Comment after comment about my size just kept coming, and I couldn’t escape it.

I lost friends over their hurtful words when they felt they wanted to join in on the fun of tearing another person down. I had to explain to my family, friends, and boss what was happening and it really took a toll on my mental health. 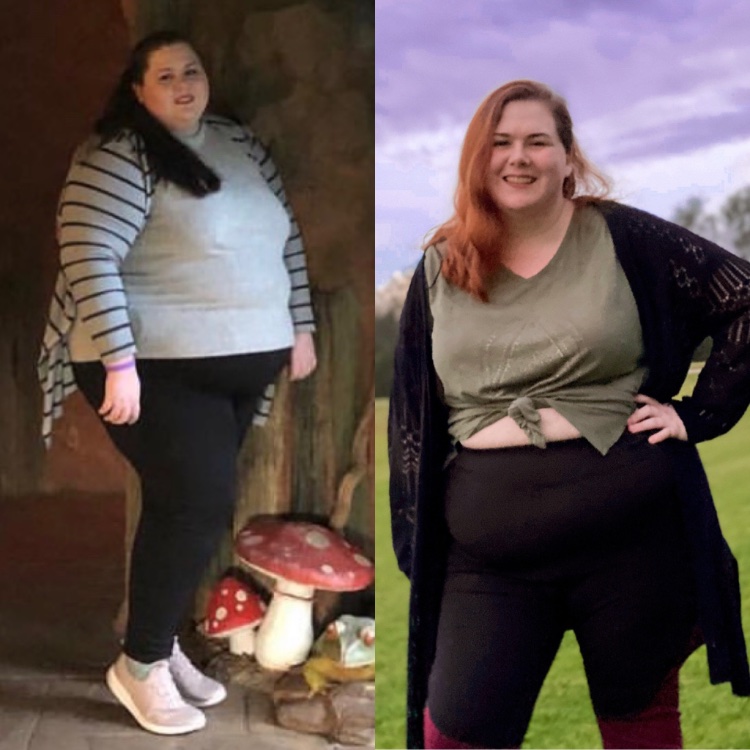 ‘She Clearly Doesn’t Use The Gym!’

One of the most irritating comments that was repeated hundreds of times by various people was: ‘why was she looking for activewear? She clearly never uses the gym’. I still don’t understand how so many people are ignorant to the fact that many fat people enjoy working out, and that your size is not indicative of your health.

The truth is, I was looking for workout clothes because everything that I was wearing to the gym and to my personal training sessions was not working for me. I wanted to try what everyone else at the gym seemed to have success with: activewear.

I was 180.3kgs, and as much as I have always loved and valued my fat body, I had been actively trying to lose weight due to how it was impacting the way I had to navigate the world. However, due to a handful of factors, nothing I tried ever worked. It was extremely disheartening to keep experiencing that failure despite my hard work, and then suddenly I had thousands of people putting me down on top of that.

Attacked For Being Fat!

People attacked me for existing as a fat person that didn’t hate myself, telling me to lose weight. Even when I mentioned my attempted weight loss, their attacks kept coming. I spent more time than I care to admit just crying in my car.

I didn’t want to try anymore…but still I persevered.

In mid-July 2019, after two years of deliberation and decision-making, I had gastric sleeve surgery. By mid-November I had lost 40kgs. People treated me differently, a little more human, and my health was improving…until I got sick. Really sick. Nausea and vomiting caused by my gastric sleeve caused me to be unable to eat or drink for nearly three weeks, and after a month in hospital, I nearly died and was told I was at high risk of going into a coma.

I couldn’t feel my legs, and was losing feeling in my arms. Soon the numbness in my feet turned into excruciating pain, and I spent four weeks straight just screaming and crying in pure agony. The doctors and neurologists couldn’t figure out what was wrong, none of the treatments or any pain killers were working, even the ketamine infusions didn’t help. The pain then began to spread up my legs, and I lost my ability to walk.

Wheelchair-bound, I was now 50kgs lighter, but it had cost me my ability to walk. I had been in hospital for three months with increasing pain and neurological symptoms. I’d been subjected to every single test humanly possible as well suffered through two cancer scares, and some shocking mistreatment. Finally, I was diagnosed with Functional Neurological Disorder. I spent another two and a half months in hospital learning to walk again, learning to navigate all my medications, and recovering from the whole ordeal. I experienced a lot of trauma, five and a half months in hospital, totalling seven and a half months off work, losing my apartment and $20,000 in savings, and more. During this period of uncertainty, I have been fortunate enough to fall back on sex work to help me ensure I can make ends meet!

70kgs gone, but the weight is not lifted

As of this week, I’ve officially lost over 70kgs in the last 11 and a half months, which has taken so much hard work, and I completed my first week back at work since November. I am in constant pain and on a cocktail of vitamins, painkillers, and medications, but I’m positive and finding a new sense of normalcy. I was actually healthier when I was heavier, but people treat me significantly differently now. It’s hard, because I was the same person then as I am now, but I suppose people only treat you with kindness and respect when you fit their mould.

I always loved my fat ‘before’ body. I still do, and it hurts me to see people making horrible comments about it, even now. I don’t believe fat people should have to change in order to be treated like everyone else. Assumptions about the correlation between someone’s size and their health is ignorant and harmful. I’m still fat, and I still love my fat, unhealthy body. It’s not affecting anyone, and whether or not someone is healthy should not be a factor in whether or not you treat them like a human being.

It’s going to take a very long time before my mental health recovers from the way that I have been treated as a fat person my entire adult life. Words of hatred and comments telling me that I am disgusting are not motivational. You don’t know what somebody else is going through – we need to uplift one another and stop putting people down because you don’t like the way that they exist.

Everybody is different, and that’s a good thing. I am a fat, queer, newly disabled, non-binary sex worker that has overcome a lot of adversity, and I’m proud of all of that. In fact, in my recent start on Tiktok a month ago, I’ve had dozens of people express how happy they are to see someone that is outspoken about these things and that my doing so has helped or inspired them. Now have over 21,000 followers that enjoy my outlook. All we need is kindness and understanding!

Have you ever had to endure fat shaming? Tell us in the comments below. 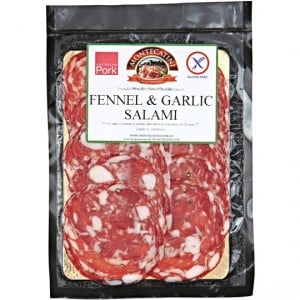