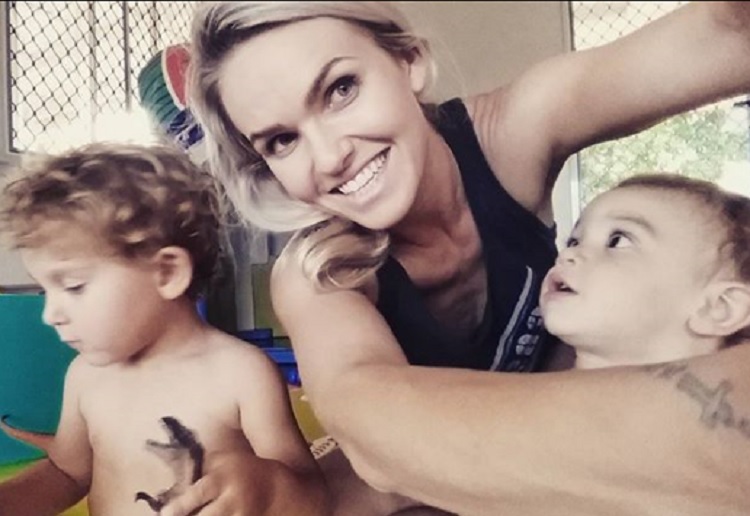 Former House Rules contestant, Maddi Wright, has spoken about her struggle to wean her baby boy from breast to bottle.

Taking to Instagram on Tuesday, the popular reality show star revealed how she did it to her 35,000 followers.

‘Many women have asked me how I weaned bub from boob to bottle,’ Maddi, a mum of two, began her post.

‘Here’s my story… I wanted bub off my boobs so badly that I was ready to hear him scream and not give in.

‘After reading every blog on google and trying every bottle known to man kind, I decided this was only going to work cold turkey for me.

‘I chose a bottle (a cheaper one from Big W) and a formula… and stuck with my choices.

‘I did 4 days of expressing then straight to formula.

‘I used a big fit ball and turned bub away from me sitting upright in my lap and just persisted.

‘I’d lightly bounce on the ball and offer him bottle. He didn’t eat for about half a day then he gave in.

‘Night feeds were the hardest. Worst thing he’d do is scream until he fell asleep.

‘It all lasted about 5 days until he was taking the bottle with no fuss.

That’s my story,’ Maddi added to her post. ‘Not pretending to be an expert just putting it out there for those who have asked.’

How did you manage to wean your children? Was there a special technique to it?