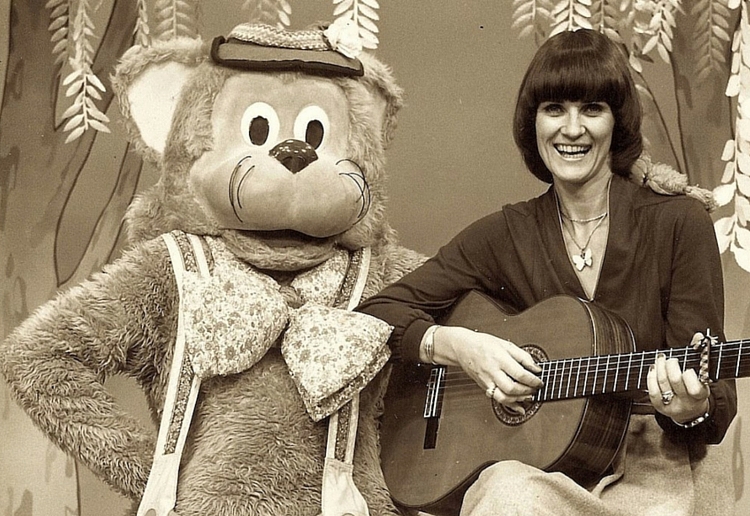 Official recognition for her decades of service to the television industry and her ongoing community work, has been given to one of Australia’s most iconic children’s entertainers.

Patsy Biscoe has been made a Member of the Order of Australia in this year’s Australia Day honours.

A household name in the 1970’s, generations of children grew up watching Patsy on popular television programs, ‘Here’s Humphrey’ and ‘Fat Cat and Friends’.  Watching her sing and play the guitar on the programs and also listening to Patsy’s records are strong memories within many childhoods throughout Australia.

At her home in South Australia’s Barossa Valley, Patsy said she was surprised to receive the honour.

“I now know why they call them honours because you just do feel it’s an honour,” she said.

“I was coming back from a trad jazz concert when I was at uni and I was a passenger in a car involved in a car accident,” Ms Biscoe said.  “The result for me being the passenger that was most seriously injured was the damage I did to my eyes so I couldn’t study for a few months so someone gave me a guitar.”

Going on to becoming a finalist on the TV show Bandstand, she recorded her first LP record in 1965 before moving to Adelaide from Hobart – where she was spotted by one of the producers of ‘Here’s Humphrey’.

“The concerts you did with Humphrey or with Fat Cat on stage with kids, and there would be thousands of kids, were just gorgeous,” Biscoe said.  “I look back with enormous fondness, the children had a ball, the parents were there smiling, they were really happy, exciting occasions.”

Biscoe said one of her fondest memories was hearing her name on ABC Radio for the first time.

“As part of a news flash it was Patsy Biscoe had received another gold record, it was the early ’70s … and I just thought that was absolutely thrilling to be mentioned on ABC Radio,” she said.  “The other marvellous memory was this man who walked up to me in the street once and said ‘I absolutely hate, loathe and detest you.’ He said he drove from Perth to Sydney with his three-year-old and wife and he had to listen to Patsy Biscoe all the way.”

At the height of her career, Biscoe released more than 10 albums and won 30 gold records and one platinum record.

More recently, Biscoe has been focused on helping her local community and working with a grape-growing cooperative.