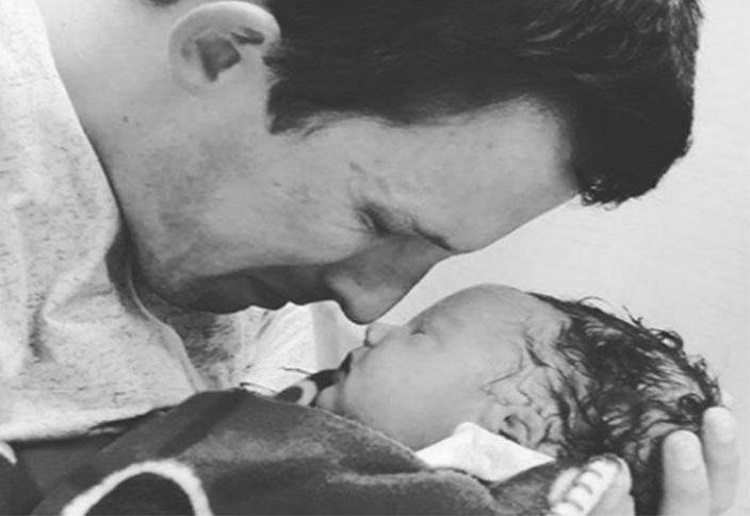 Baby, Nixon Tonkin, never breathed on his own and died shortly after being delivered. His story is beyond heartbreaking.

A coronial inquest will investigate what could have been done to prevent Nixon’s death.

Brisbane Coroner’s Court heard the decision to deliver Nixon via caesarean section was made after his mother Simone was diagnosed with obstructed labour, partly caused by the baby’s large size.

During the procedure a midwife pushed two fingers on Nixon’s head through the vagina in an attempt to remove his head from the pelvis.

Thirty minutes after he was delivered, Nixon died from significant head injuries including skull fractures, haemorrhages and brain swelling, likely caused by the excessively focused pressure of the midwife’s fingers.

An independent expert report into Nixon’s death found the midwife’s action was an understandable response to an emergency situation, not from any careless or negligent attitude.

Applying such upward pressure to a baby’s head didn’t usually cause such catastrophic injuries but cases had been reported, the court heard.

A touching image has been shared of baby Nixon and his daddy as he cradles the body of his precious newborn son.

The heart-wrenching image of Marty, holding his baby boy was posted to Instagram by family friend, Simone Valentine, who is fundraising to financially support the grieving family, reports 7 news.

“Carried Nixon’s casket in at his service and how he made his legs move with the soul breaking task ahead is seriously a moment I personally Will Never Forget (sic).”

Ms Valentine hoped the intensely poignant image would reveal a little about the “gentle souled” father who “works endlessly at his family business”.

“We are doing this for a gorgeous family who need a hand,” she wrote.

Meet Marty he is Nixon’s Dad – Gentle souled, Loves his Family, Is Simone’s Loving Husband, Daddy to Nixon & now sweet Knox (2). Strongest man I’ve met – Emotionally. Carried Nixon’s casket in at his service and how he made his legs move with the soul breaking task ahead is seriously a moment I personally Will Never Forget. He works endlessly at his family business, supports Sim, is a wonderful Dad, & to his friends a great mate. I just thought you should know a little about him & how much of a relief and load of his shoulders it will be when we hit this target and he can start to slow a little, catch his breath and let us have his back for a little. Please Donate What You Can & SHARE far and wide. A HUGE Thank you to those who have Shared, Donated and held them in their heart.. We can do this, We are doing this for a Gorgeous Family who need a hand <3 https://www.mycause.com.au/page/148279/in-memory-of-nixon-martin-tonkin