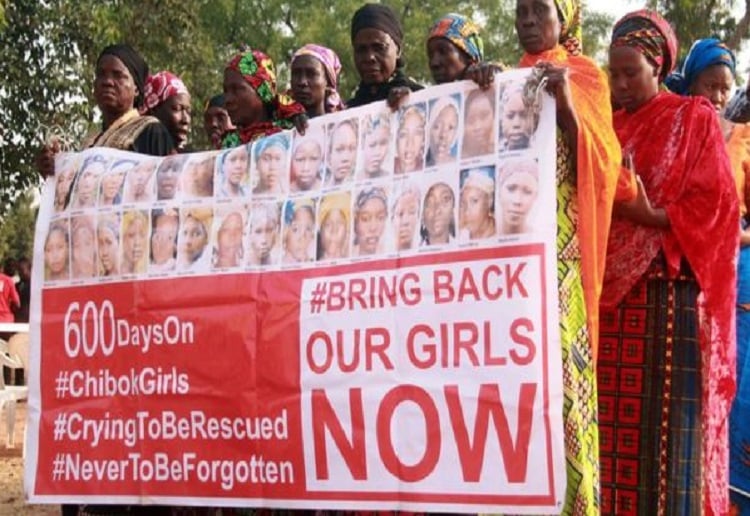 One of the missing Chibok schoolgirls has been found in Nigeria, the first to be rescued since their capture two years ago.

Amina Ali Nkeki was found carrying a baby by an army-backed vigilante group on Tuesday in the huge Sambisa Forest, close to the border with Cameroon, BBC NEWS reports.

218 girls remain missing after their abduction from a secondary school in north-east Nigeria in April 2014.

The girls were taken by militants from Boko Haram.

Amina, now 19, was reportedly recognised by a civilian fighter of the Civilian Joint Task Force (JTF), a vigilante group set up to help fight Boko Haram, and briefly reunited with her mother.

The Nigerian military named the suspected Boko Haram fighter as Mohammed Hayatu. He said he was Amina’s husband.

He has been arrested and taken to the regional capital Maiduguri, along with Amina and her baby, for medical attention.

“The moment this girl was discovered by our vigilantes, she was brought to my house. I instantly recognised her, and insisted we should take her to her parents.

“When we arrived at the house… I asked the mother to come and identify someone. The moment she saw her, she shouted her name: ‘Amina, Amina!’ She gave her the biggest hug ever, as if they were going to roll on the ground, we had to stabilise them.”

The mother called the attention of other relations to come out and see what is happening. The girl started comforting the mother, saying: ‘Please Mum, take it easy, relax. I never thought I would ever see you again, wipe your tears. God has made it possible for us to see each other again.’

Nigerian schoolgirl kidnapped by Boko Haram two years ago has been reunited with her family. #9News pic.twitter.com/jSGnN3rLUB

I can not imagine how that family must feel after so long apart.